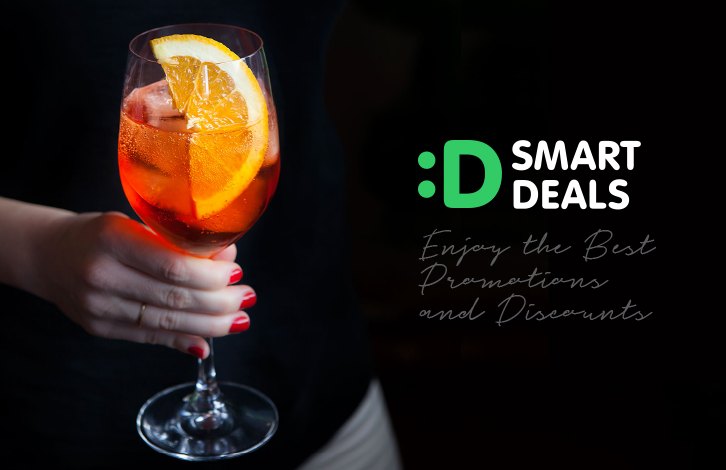 By Jacob Flowers Aug 28, 2017 2017-08-28 Shopping
Hello, great deals-conscious reader. In case you missed it, SmSh launched SmartDeals last week. SmartShanghai and SmartTicket are working alongside venues in the city to offer some very unique and steep deals that you won't find anywhere else. Last week Sabor and Nosh sold out. This week, Crafted extends their lunch deal all week, and Sabor expands to Thursday. Z&B Fitness is also doing a steep 600 RMB discount on a one month full-access gym membership, but there are only 10 tickets available. We've also got 5 tickets for a luxurious massage deal at 50% off from Subconscious Day Spa, we gave Heat French Bistro's deal a test drive, and a few other tricks to check out. Check past the fold for deets. Nice! This week, we're adding four more deals to the mix, and some of last week's deals have been made even better. We thought this was only going to be about food, but lo and behold, we've got Subconscious Day Spa and Z&B Fitness joining our merry ranks of deal making. On Sale Today (It's Tuesday):

199 Maoming Bei Lu, near Weihai Lu View ListingTaxi Printout
As a prelude to their awesome chicken dinner set, for noobs who haven't been to Heat, they are doing a difficult to beat two-hour free flow of draft beer for only 50rmb. Anyone who wants to order off the menu while imbibing gets 10% off the bill. Tickets on sale on Tuesday and Wednesday only, but they can be redeemed anytime this week as long as you call ahead to book your table.

199 Hengshan Lu, near Yongjia Lu View ListingTaxi Printout
Crafted is that new American Style Bistro right across from 5-Star digs Twelve at Hengshan. The creative talents behind Bistro Burger and Coffee Tree put this together in a tucked away area on Hengshan Lu that is not too dissimilar from Ferguson Lane. Crafted has never done a lunch set-menu before, so we are pleased that they are launching their first, exclusively through SmartDeals. They've got a beautiful terrace to boot if the weather is fine and fair. They've reduced the price down to 108rmb, and now you can redeem the ticket for lunch any day this week. (But call ahead to book a table).

33 Sichuan Zhong Lu, near Yan'an Dong Lu View ListingTaxi Printout
Sabor is from Madrid's Diego Guerrero who has no less than 3 Michelin stars to his name. Sabor's tickets sold out last week, and no wonder when dinner here usually runs you 600rmb to 800rmb per person. The deal is for three courses of upscale Spanish fare -- a very delectable fare indeed. They are removing the 10% service charge, tacking on a discount, and providing an additional late night happy hour ONLY for SmartDeals guests. For those of you who've been to Sabor, you know this is a steal. Some of the course selections include Blue Mussels, Roasted Suckling Pig, Duck Confit Cannelloni, and more. Only 198rmb.

199 Maoming Bei Lu, near Weihai Lu View ListingTaxi Printout
We revisited Heat for this deal. It's worth it, especially considering how much you get for two people. The chicken is great, and you get a pair of plastic gloves to break down the bird. A surprising highlight is the deceptively labeled "French Toast". Unlike American versions that use a brioche, their version is made from old hardened baguettes made soft by soaking in a vanilla custard. You will probably order more to take home, fair warning. This will set you back 248rmb, that's solid for two people.

Reward Yourself. Try this 90 Minute Massage for 50% off

458 Dagu Lu, near Shimen Er Lu View ListingTaxi Printout
Many of you will have just gotten paid. You've survived the late summer heat, and kept your cool while waiting patiently between Game of Thrones episodes, so now it's time to think critically about how you ought to celebrate all your August achievements. Perhaps a luxurious 90-minute oil massage at 50% off is in order? Yes, it might be time to treat yo-self. At both their Dagu Lu and Hongqiao locations, taking 50% off their 90 minute essential oil massages. That's 90 minutes, not 60 minutes. 600 RMB for everyone else, but 299 RMB on SmartDeals.

Time for Brunch. A Thai Brunch!

393 Dagu Lu, near Chengdu Bei Lu View ListingTaxi Printout
Urban Thai has picked up the mantle of our first brunch deal. A weighty responsibility indeed. A few years ago, Urban Thai came onto the scene first on Changle Lu, and then expanded to their larger Dagu Lu location. There are many memories there, but for those of us who have ventured down to the land of smiles, you know the recipes here are authentic (so much so, that the entire menu was crafted by the proprietor's mom, flown up from Bangkok). A fixed menu of 6 courses, this hearkens back to Shanghai's old brunch days when you were getting far more than what you paid for. Get this while it's hot. 198rmb for two people.

600rmb Off a One Month Gym Access at Z&B

6/F, 278 Shaanxi Bei Lu, near Nanjing Xi Lu View ListingTaxi Printout
Z&B Fitness has been getting a lot of word of mouth praise this year, especially among expats. Their price structure puts them above Will's, California, and Physical, but their whole facility is decked out in brand new Technogym equipment, and they have a large offering of classes. 56% off for one month Gym unlimited gym access plus a class for good measure. There will be more deals coming from Z&B later this month, including 12-month memberships. Give this place a test drive with this one month deal while it's around. 10 tickets only, and the last day to buy is this Sunday. 1,149rmb for everyone else, 500rmb on SmartDeals.