Previous Article
This 598rmb Lunch is Obscenely Expensive. It’s Also a Great Deal.
And Then There Were None: Last Windows Closes Tonight
Next Article
SmartShanghai 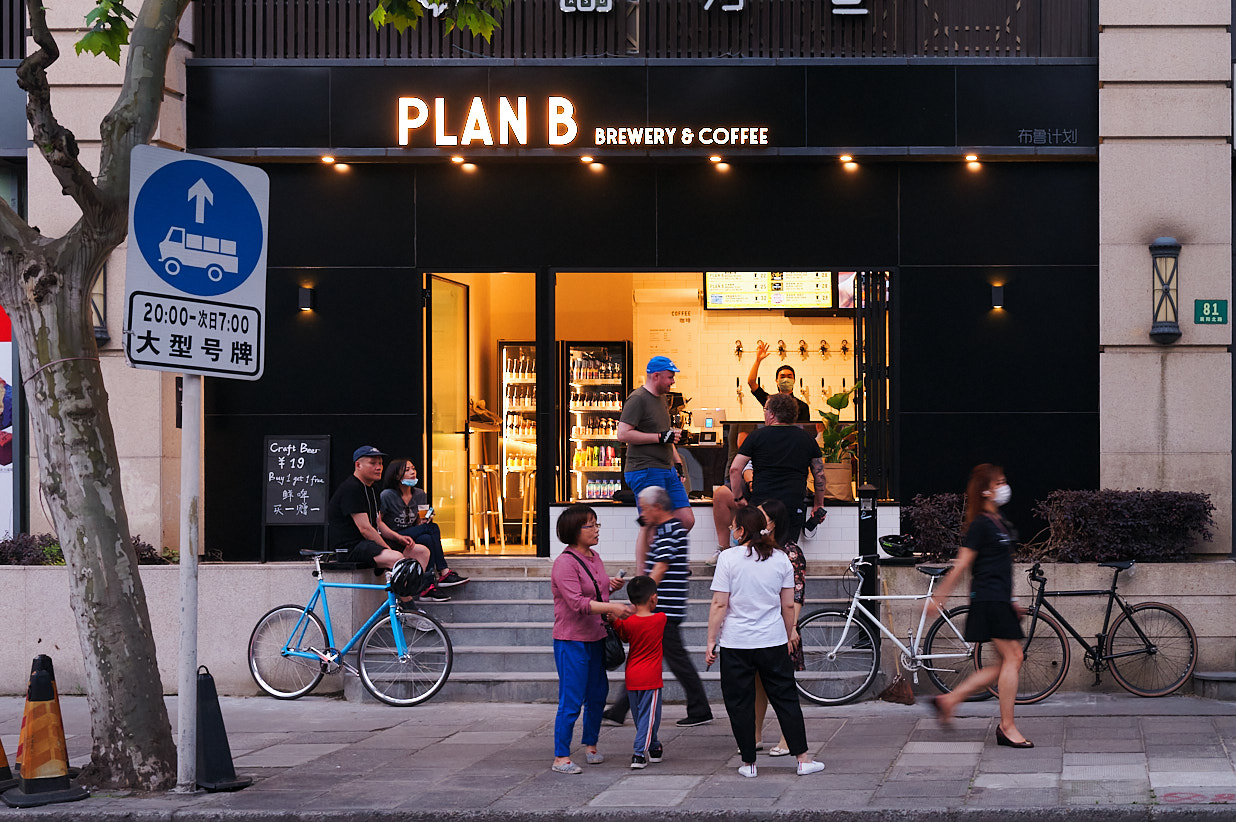 Here's Plan B: Coffee and Beer Opens in the City's Epicenter for Sidewalk Drinking

By Alex Panayotopoulos May 21, 2020 2020-05-21 Activities
A brand new spot just opened up on Xiangyang Bei Lu with an odd name but a simple premise: beer; coffee. Together. Nothing to do with the old Plan B on Yongjia Lu. This is its own thing; Plan B Brewery & Coffee. Their beer is apparently made in a giant brewing facility in Wuhan that does brewing for a bunch of other microbreweries. They also serve Ming Ri (35rmb) and Reberg Cider (29rmb). Nice window perch seating, but there's plenty of stairs to crouch on like a delinquent, too. How is it? Eeeh. Coffee's fine. The Lager's weak but the Munchen Wiezen isn't awful. Not that it matters, really, because it's it's 17rmb. Following in the vein of the likes Tap That and Jiuhuar: dirt cheap and so-so. For those who want something a little more artisanal than a can of Budweiser from Lawsons. Seems like a popular formula. Jiuhuar, just around the corner, is busy almost every night. I'm going to say that with that, DrinKuaidi, 624 Changle Lu, the entirety of the building ALL is in, and now Plan B, this little cross section is the city's epicenter for cheap drinking on the sidewalk. Beautiful. Plan B is doing buy-one-get-one on beers while they're in soft opening, probably for the rest of this month.

And they sell coffee! For the morning after, you see.