Previous Article
Fitness News: PlayGround Tested, Summer Bootcamp and Retreats on Offer
Goodbye Gucci Restaurant, The World Was Never Meant for Anyone as Beautiful As You
Next Article
SmartShanghai 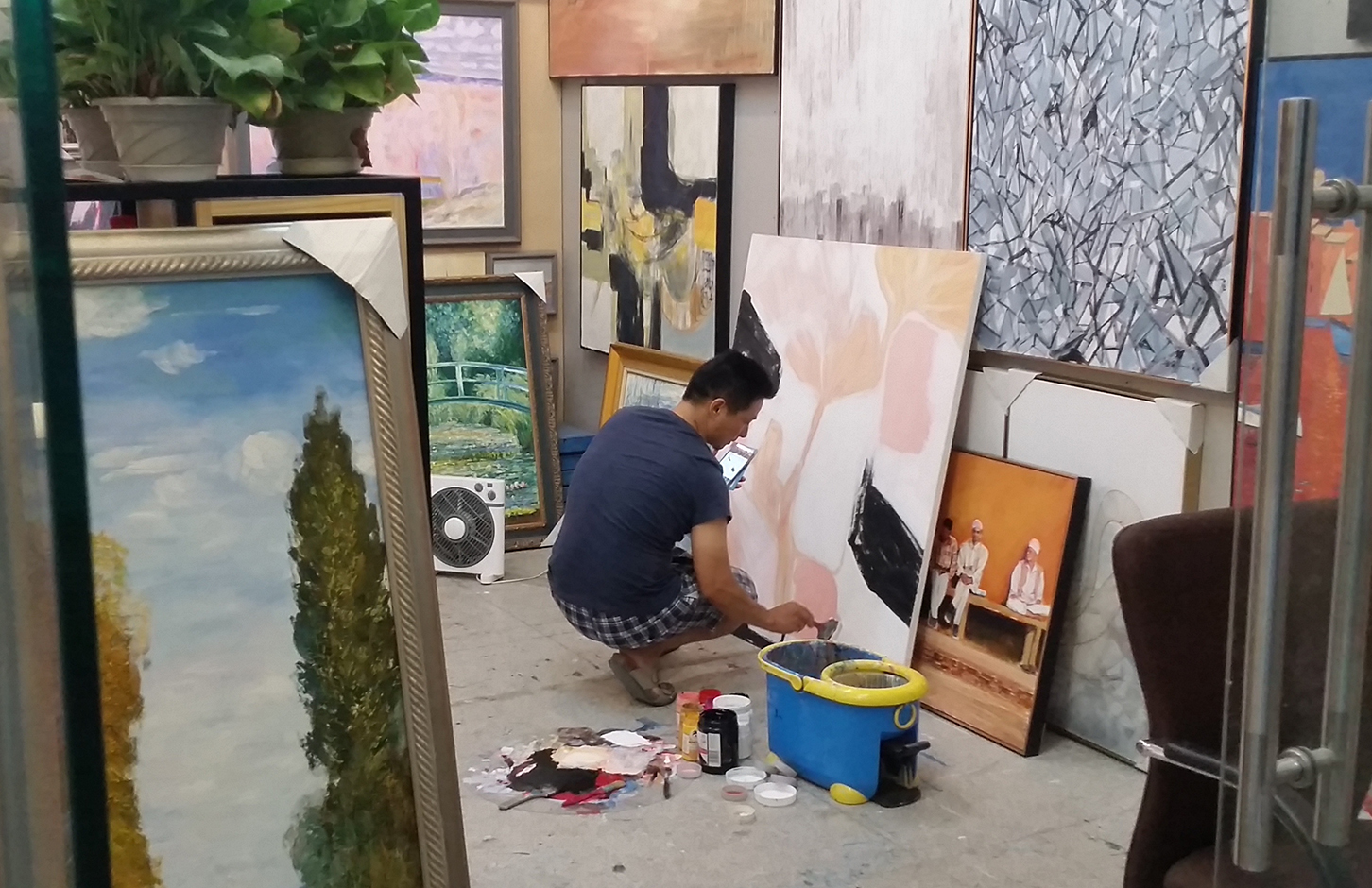 By Alex Panayotopoulos Jul 18, 2018 2018-07-18 Arts & Stage
The odd artistic little stretch of Shanghai real estate off Wending Lu, colloquially called Painters' Street, ran out its days as an outdoors market late last year. Fret not, fans of densely populated arts districts. They haven't moved far. In fact, just indoors, a bit up and to the left. Pics and deets of the new location after the jump Anyway, it was a great little street where artists of all kinds pursued their dead-end careers with pinched, desperate smiles and varying degrees of talent. Also a lot of those... what are they, wardrobe corners? Bits of detritus from French panelling? All kinds of wonderfully weird stuff. But, last November, maybe December, the artists can't quite remember, the whole street got knocked down. Good news! It has moved directly next door, and upstairs, turning the second floor of 228 Wending Lu into a dizzying maze of studios and paint supplies just sort of strewn around. According to the painters in the studios, they all made the move up there. How do they feel about moving off the street and into a narrow grey, maze?

Studio Minder: In the winter, it wasn't so cold, and now it's not so hot, that's good. We all moved here, it's a good community. But the light and the color here is a little ugly...

Painters' Street! They're indoors. They're still selling art. Their faces are still a little pinched. One thing to note; it's currently a bit tricky to get out. The escalator goes up, but does not go down. Poor building design? Avante garde commentary on... something? Dunno, but the best way out is down the fire escape at the back, and then through the parking cellar into the rear courtyard.