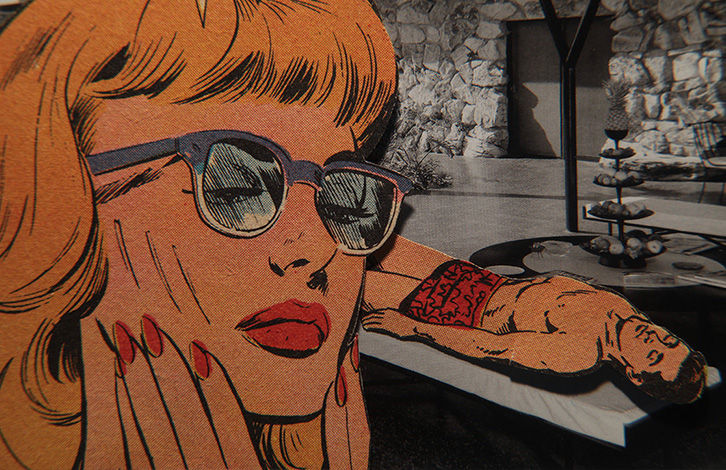 This Weekend Looks Really Good For Art Shows, Talks, and Disappearing at Sea

By Frances Arnold Aug 20, 2016 2016-08-20 Arts & Stage
After a quiet few weeks, Shanghai’s art scene is beginning to shake off its summertime stupor with two happenings at OCAT this weekend, a talk at K11, plus the second edition of art book fair, abC/f. Here's what's on.

First up, an installation of mechanical contraptions and multichannel video works called A Man Upside Down lands at OCAT on Saturday, 20 August. Part of Guo Xi and Zhang Jianling’s ongoing project, The Grand Voyage, the whole thing’s based on an 86 day journey the pair undertook in 2015. Highly romanticized, their route was inspired by Dutch conceptual artist Bas Jan Ader who disappeared at sea in 1975, and poet Arthur Craven, last seen in Mexico in 1918. The epic voyage inspired a series of works around memory, history and sensory experience that have been parceled and presented like chapters in galleries and museums these past couple years. This one’s called A Man Upside Down and is just that: a topsy-turvy vertical world presented through videos and mechanical installations. Also on Saturday, K11 host a free talk by Jin Shan whose work appears in their ongoing show, BAGISM. He'll be in conversation with BANK Gallery director and super-curator Mathieu Borysevicz discussing everything from his creative process to current practice. That kicks off at 3.30pm. More details.

For a different kind of film art, head back to OCAT on Sunday, August 21 at 7pm where American collage artist Lewis Klahr presents SIXTY SIX. Like a 90-minute long dream sequence, the work comprises short films made between 2002 and 2015. Peopled by characters spanning figures from Greek mythology to superheroes, the twelve chapters showcase Klahr’s signature cut-and-paste style of found materials, old photos and personal archives, all set to music from the ‘60s and ‘70s. After debuting the work at New York’s MoMA last year - read about that here - Klahr’s now in China with international media artist platform Crows & Sparrows as part of 5th China Independent Animation Film Forum. The artist will host a panel discussion after the screening, and the whole thing’s completely free. Do go. Finally, coinciding with the ongoing Shanghai Book Fair, Minsheng Museums’s Pudong outpost hosts an exhibition and fair of independent publishing groups specializing in art books focused on the China art scene. That includes both foreign and Chinese publishers, as well as art mags like randian and LOST. On show from Friday, August 19 through Sunday, August 21, abC/f is totally free, including all workshops and talks. Details here.

As ever, keep an eye on the art calendar for more.