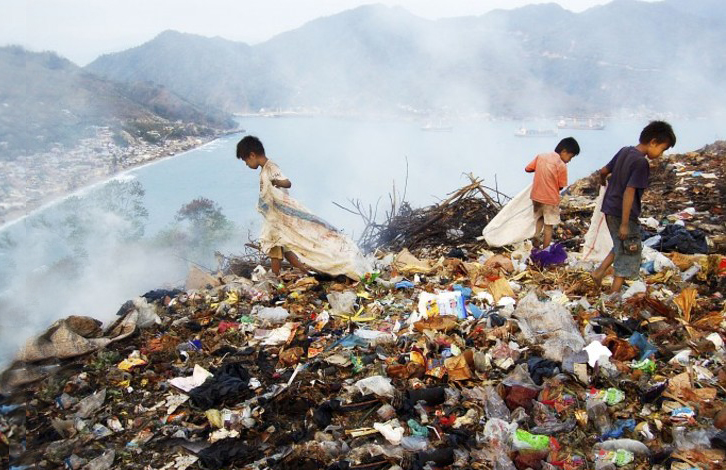 By Jin Qian Aug 15, 2017 2017-08-15 Community
The weather is nice(r) and you should go out more. This Thursday night, Green Drinks (organized by Green Initiatives) will be organizing their 80th movie screening, Garbage Dreams, followed by a short discussion with Jonathan Cruysberghs, co-founder of a local waste collection service called Feibao. The movie follows the lives of three teenage boys who have grown up in Egypt’s garbage village -- also the world's largest garbage village -- located in the suburbs of Cairo. The people who live there are called "Zabbaleen" (garbage people), and they relied on garbage recycling to make a living for decades. Until globalization happened...

Garbage Dreams was shot over four years. In 2010, it was on the Oscar short-list for feature documentaries. Endorsed by Al Gore and awarded a bunch of money by the Gates Foundation, it's a film that's still highly relevant to the world's current trash issues.

The film screening will also mark the end of Green Initiatives' campaign The Plastic Four, a proposal that challenges people's relationships with plastics on a day-to-day basis. It's still not too late to participate, more info here.

If you want to know more about how to go green, or if you're interested in the trendy maker movement that is the Circular Economy, speaker Jonathan Cruysberghs might be able to answer some of your questions after the screening. He's the co-founder of Shanghai-based on-demand waste collection service Feibao, and has 5 years experience in digitalization & IT in the waste industry in mainland China.

You can RSVP on their event page.