Previous Article
Fast Track Security Service Tested out at Three of Shanghai’s Metro Stations
Looking For A Job? These People Can Help You Find One
Next Article
SmartShanghai 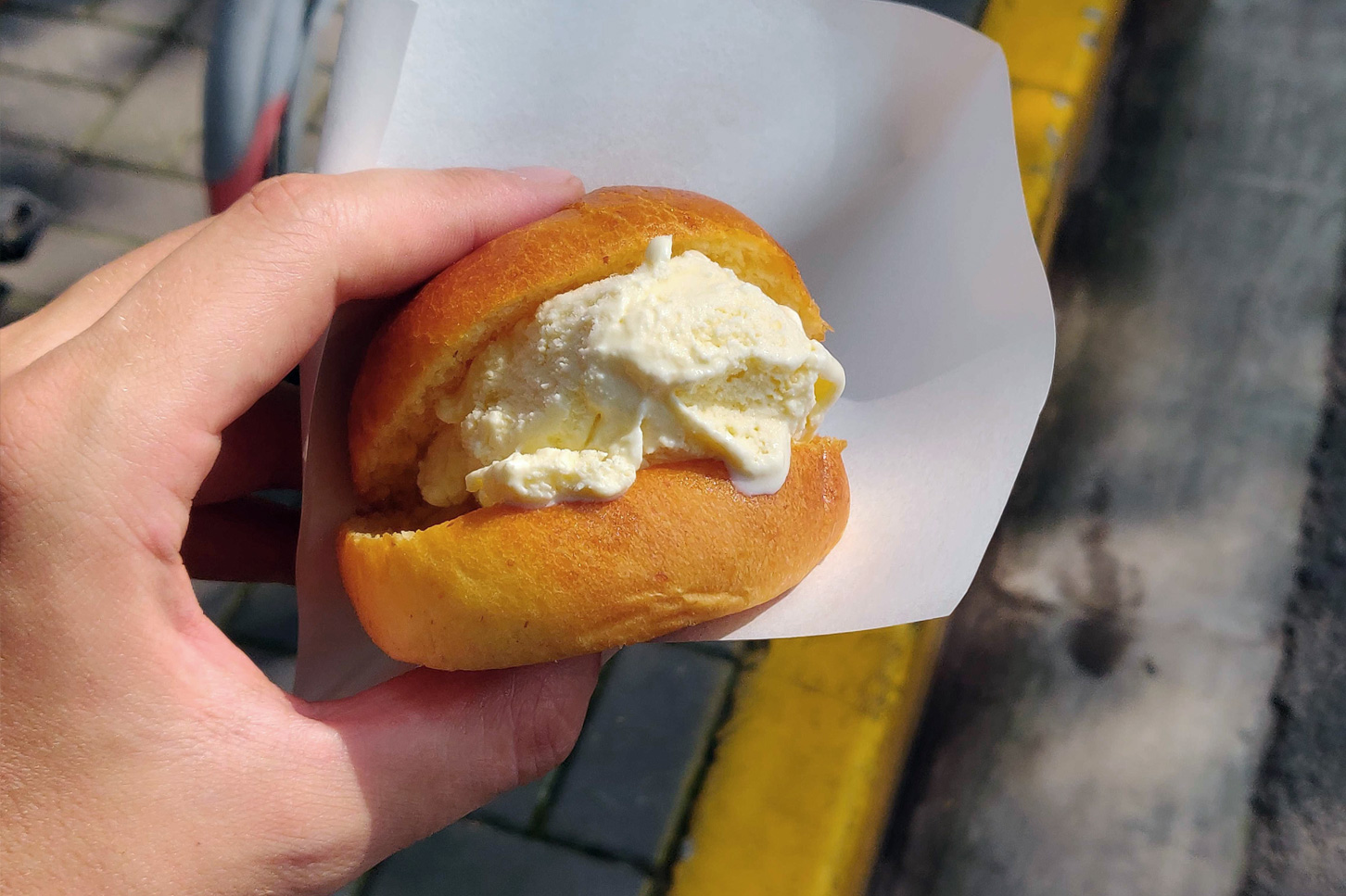 5 More Places To Get Ice Cream Before Summer Ends

By Alex Panayotopoulos Sep 17, 2019 2019-09-17 Dining
It'll hit you before you know it. One second you're an abstract painting rendered in t-shirt fabric and sweat, the next you're buying extra large shoes to accommodate that third pair of socks. But! Before that happens, here are a handful of places to get ice cream, to supplement our previous coverage. Good ice cream, even. Mostly. Kedi doesn't feature. Let's pack on some winter weight! A new addition to the genre of expensive Italian ice cream that isn't actually expensive. "A taste of Italy in Shanghai!" reads the sign on this and every other gelato place in Shanghai. Dallatte is a chain that apparently has its own pasture up in the mountains in Piedmont, Italy. Fresh ingredients, ice cream made fresh daily in store, hand-massaged every morning with strong eye-contact, etc etc. They even say they fly in their own cups from Italy! That's stupid.

Ice cream is very good though, and they don't skimp on quantity. Cones are a bit small, but the ice cream is thick, dense and milky and it melts immediately. It only costs 45rmb for three scoops, which is a solid price point considering having "gelato" in the name is normally a mission statement: "we're going to pillage your bank account." Leading the charge on ice cream innovation. A real chef's hat approach to aiscrem. The thinking woman's ice cream. Seasonal flavors right now: mango calamansi, banana speculoos, matcha oreo, and raspberry lychee. Of them, the Matcha Oreo was the biggest hit with my local friends. I can't stand matcha. It tastes like changing filters in a vacuum cleaner. Personally enjoyed the banana speculoos for being funky as hell.

They're available instore at Al's for another couple of weeks, or until stock runs out. 30rmb for a scoop or 50rmb for two. Speaking of savaging bank accounts... Gelato Dal Cuore has introduced a decidedly autumnal persimmon flavor. Piss off, Dal, it's only September. Also, I don't like persimmons. Don't like the burst garbage sack texture, don't like the fluorescent color, don't like anything about them. Like a good guinea pig, I still paid 35rmb for two scoops of the stuff, eliciting an odd look from the scooper-person. Scoop technician. Turns out you'll really only want one, because the flavor's not very strong. Half-way into scoop one my tastebuds had already recalibrated and the flavor, more persimmonish than distinctly persimmony, disappeared. Only for super-fans of persimmon, or as a counter-balance to a stronger sorbet in the same cup. The insta-popular ice cream store has gotten a (second) permanent location, across the street from the original pop-up on Wulumuqi Zhong Lu that made its name. They've built a reputation for doing some odder flavors: black pear, cheese, gardenia, mojito, etc. The new space continues in that iconoclastic tradition.

I got two scoops for 35rmb: mojito, because I never got a chance to try that, and black cherry. Mojito was (remains?) excellent: lime and mint flavors abound. No booze I could detect which, yeah, bummer. Black cherry was also delightful, because cherry is the best ice cream flavor. Also, note, jumbo scoops here. Biggest of the lot. Tiny, delightful Japanese bakery from the very experience Hiroaki Homma gets on this list because four is an unpleasant number for a listicle and because their little ice cream sandwich ("ice cream pain") is so goddamn good. A small, lightly-toasted bun, rich vanilla ice cream and a dab of black something sauce, it sparks childhood memories of ice cream sandwiches wrapped in cardboard biscuits, but like... a really good version of that. Get one on the way past. 24rmb.