You know summer season is properly on when new ice cream shops start to pop up like mushrooms. Fluffy, on the corner of Wuyuan Lu and Wulumuqi Bei Lu is just one such mushroom, opened about two weeks ago. The name gives you a good idea about what to expect; it's cheerful and friendly. They only do three flavors (plus three coffee drinks), but the owners have created some interesting items with light and creamy soft serve — including several alcoholic ones.

The signature soft serve of the place is Sea Salt Cheese (28rmb) — we mixed this blue-colored cone with a bright-pink watermelon flavor because we're hardcore that way. Do the same if you want a photogenic picture. Not too sweet, not too milky. Eat fast. It's hot out. It melts quickly. 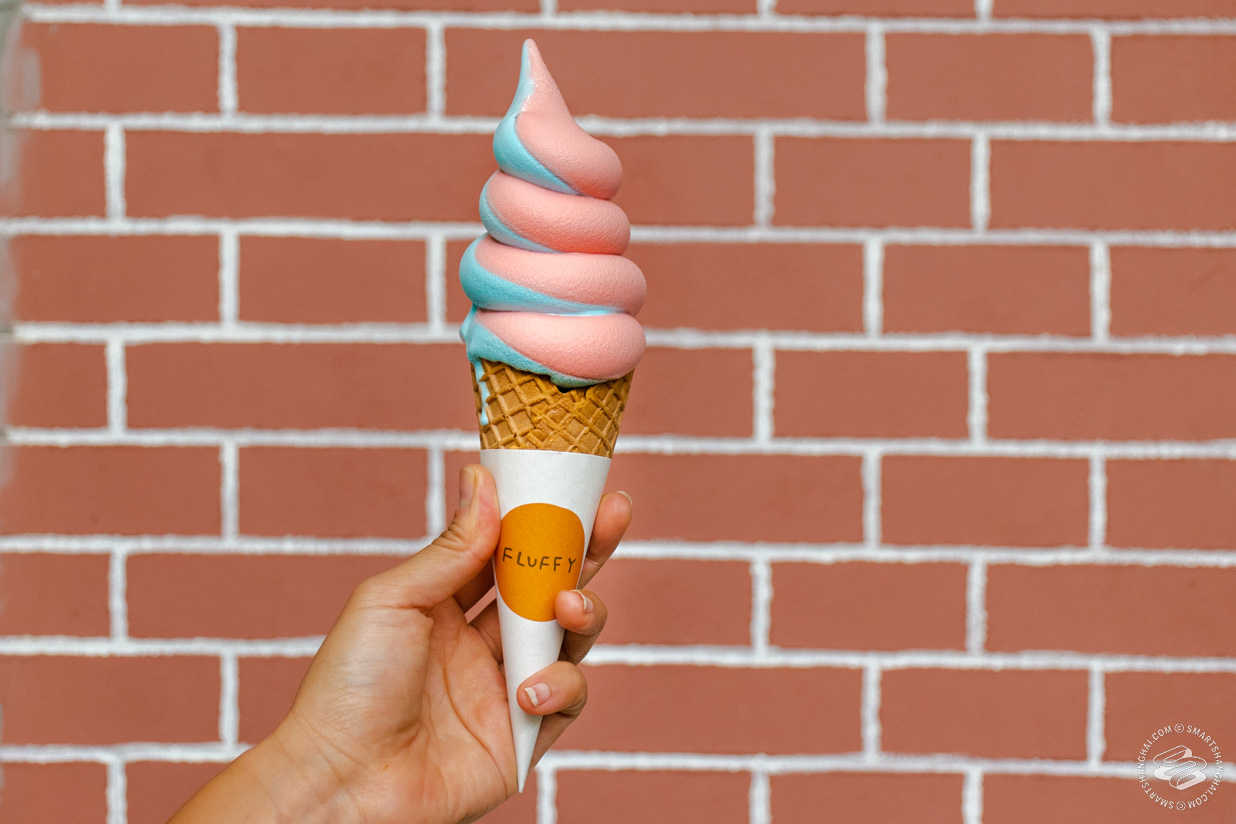 The Affogato (42rmb) was sweet and buttery, lighter than the usual ones made with Italian gelato. Loved it. 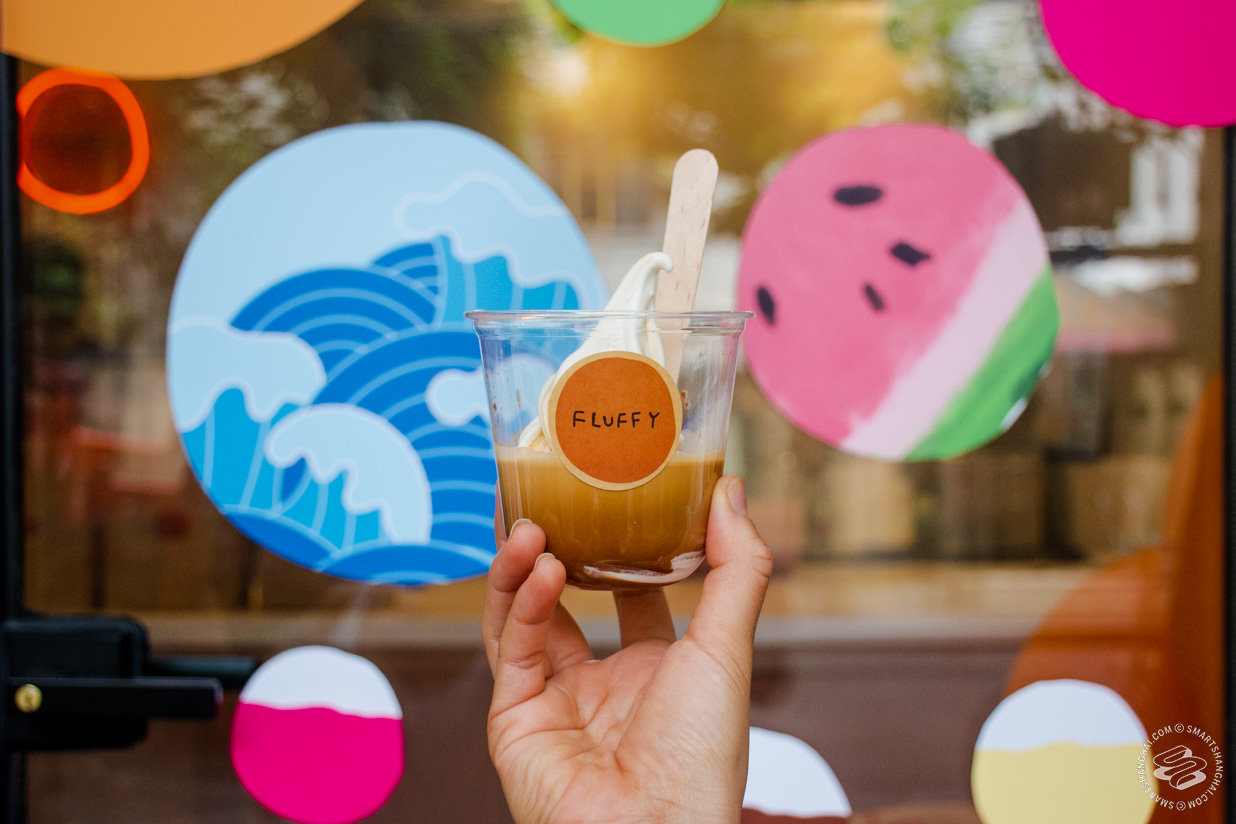 While enjoying our ice-cream cone, we spoke with one of the owners of Fluffy, a Mr. Tang, who was minding the store that day. He's an internet industry veteran from Beijing who moved to Shanghai a year ago. Several years ago, while at a consulting job, Mr. Tang became friends with the boss of Japan’s biggest soft-serve ice cream machine company, who later supported him on the opening of Fluffy with two close friends, an architect and a former manager at IBM. They plan big, talking about expansion and collaborations with big internet companies like NetEase. A networking tale with ice cream on top. Let's see how that goes. 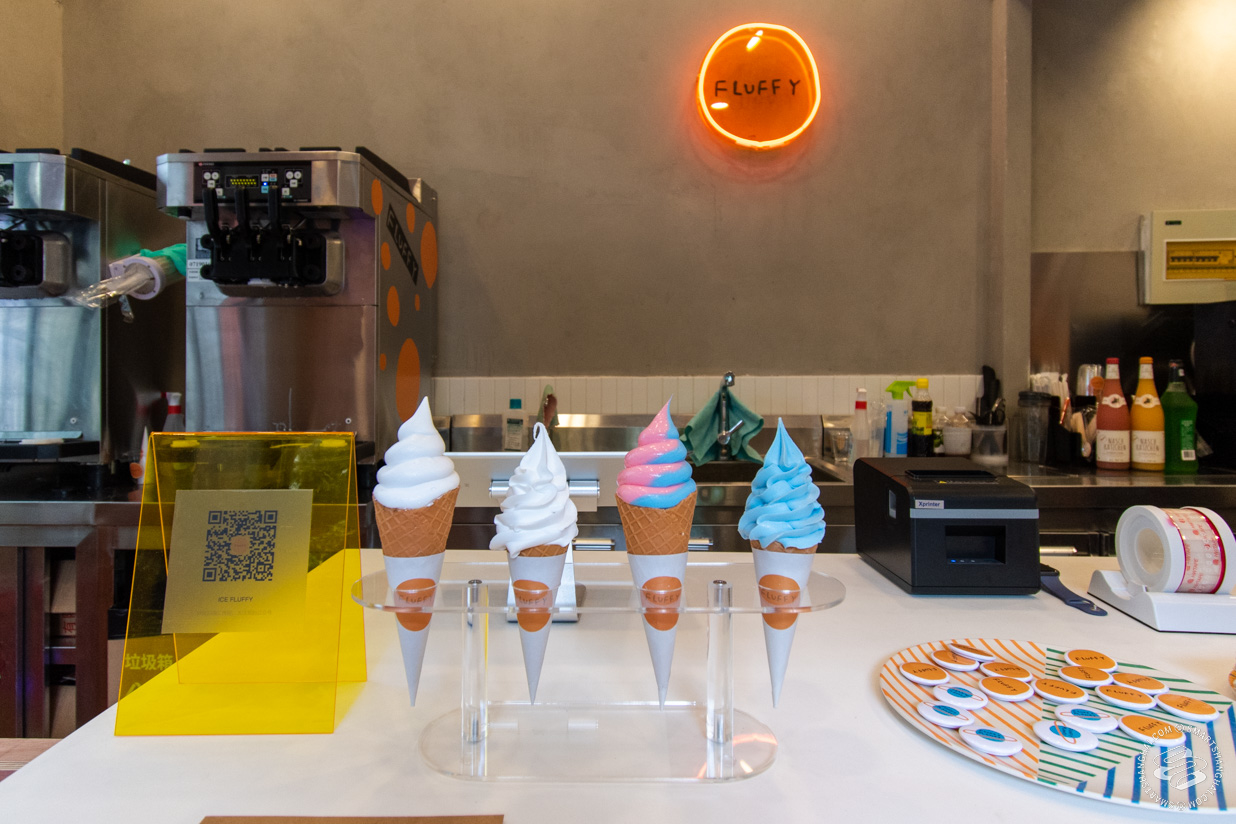 Also on their menu are fruit smoothies topped with ice cream, and ice cream with melon liqueur or St Germain Elderflower liqueur (both at 42rmb). Don’t think we’ve seen anything quite like that. Good that the shop closes at 10pm. 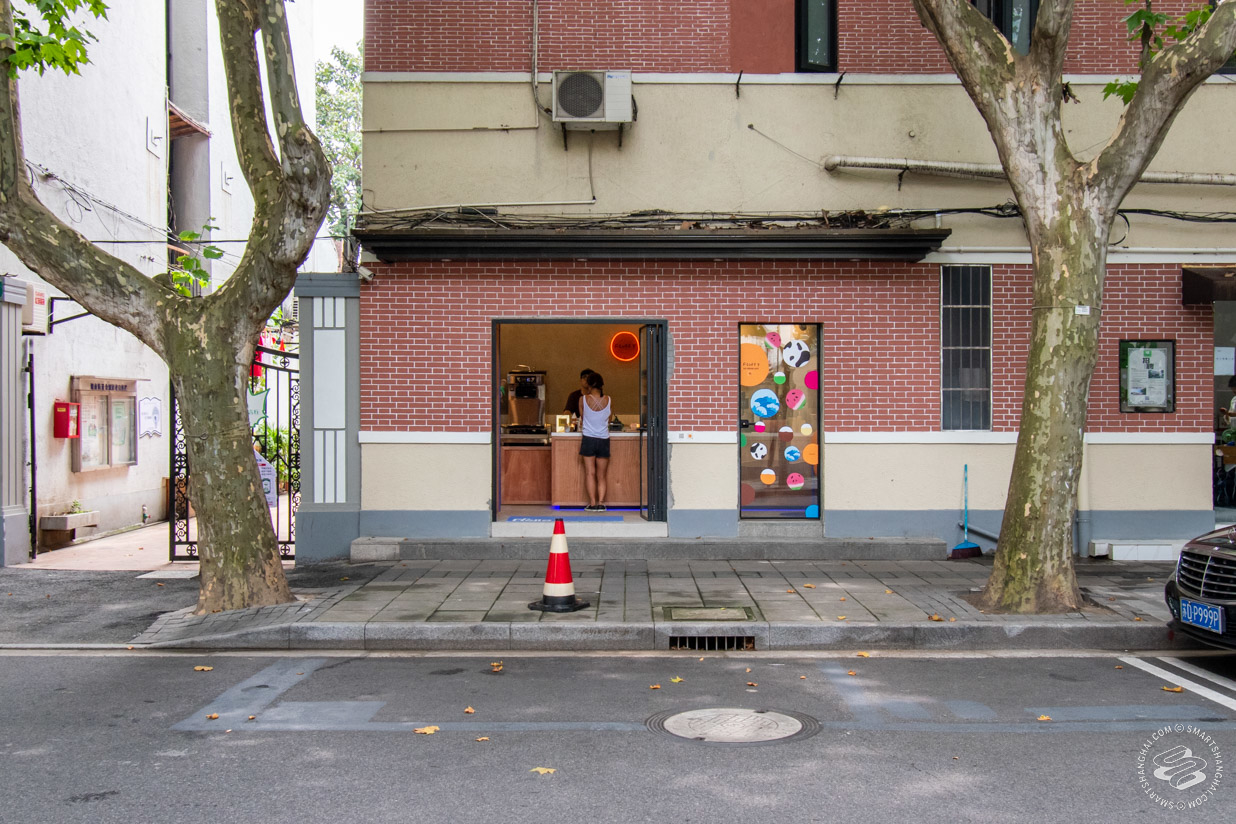 Fluffy is at 165 Wuyuan Lu, near Wulumuqi Bei Lu. Click here for details.