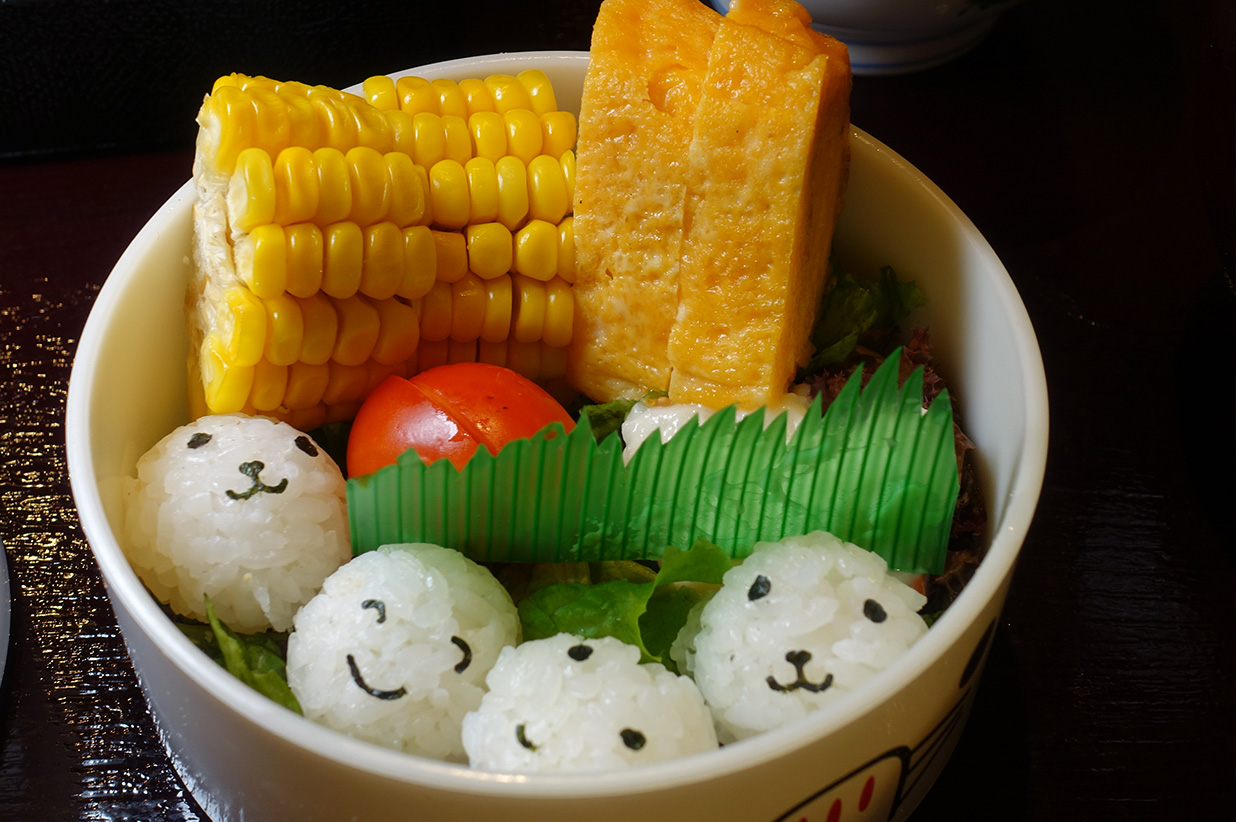 By Alex Panayotopoulos Aug 12, 2019 2019-08-12 Dining
The chef behind izakayas Ifuku and Ifuku Isaribi expands his support network for harried businesspeople with a Japanese set lunch spot called DoDonpa. Open for just over a week, it lurks on the ground-floor of One Museum Place, the mall behind the Natural History Museum. It's ninja-themed, named after obscure anime trivia, and based on an incomprehensible pun, but we went to see if the bento was any good.

Part I: Was The Bento Any Good

It was good! Big portions, too, real gut-busters, perfect comfort food/midday fuel for business types from the surrounding office blocks. Worth savoring too: Chef Ifuku is reportedly an expert in overnight aging, showcased in stuff like the char-grilled eel rice bowl, which hits that oily sweetspot for a cool 138rmb. Most sets are half that price. The Korean-style beef bibimbap is 58rmb, and the very excellent soft-boiled egg and miso pork cutlet is 68rmb. Plus, they do dinner sets, and 300ml bottles of decent sake go for 150rmb.

This menu has "salaryman" written all over it. Would work nicely for the family crowds from the museum across the street, too. The "Cute Overload" Kid's Meal (48rmb) has those little sausages cut to resemble octopi and riceballs with faces on them. Very twee, like the ramen cup-looking udon bowl that lists "happiness" as an ingredient. Saccharine positivity aside, DoDonpa does hefty, well-crafted bento box lunches at a good price. Worth a visit.

Part II: Where I Spend Way Too Long Explaining The Puns And References, Feel Free To Skip

Dodonpa, for those of you who didn't grow up with Toonami, is Mercenary Tai's special blast attack from Dragon Ball. His other special moves include the one where he crushes your skull with his tongue, and the one where he gets taken out by a grenade in a series where people regularly shrug off attacks that eliminate planets. What does that have to do with bento boxes? In Japanese, "don" also means "a rice bowl with toppings." Consequently, the DoDonpa press release says, "DoDonpa" also means "bow bowl rice." Tenuous, but acceptable. Better than the explanation for the ninjas covering the walls, and the staff wearing ninja boots and headbands.

The restaurant's slogan is "Bento Can't Wait," which is hard to disagree with. The Chinese translation "便当不能忍" includes the first character in the Chinese word for ninja, "忍," which means "to wait/endure," so it's a pun about how bento can't wait or endure ninjas. I think? "This concept is conceived in accordance with the modern age to reflect the inner voices of many busy urbanites, whose daily life resembles a Ninja’s life."

Does it, DoDonpa? Does it though? Does the average urbanite spend a lot of time navigating Japanese feudal politics, sabotaging castle gates and murdering retainers with farm implements? Is that what goes on in the Lujiazui office blocks?

The Japanese dub of Wolf of Wall Street must be wild.