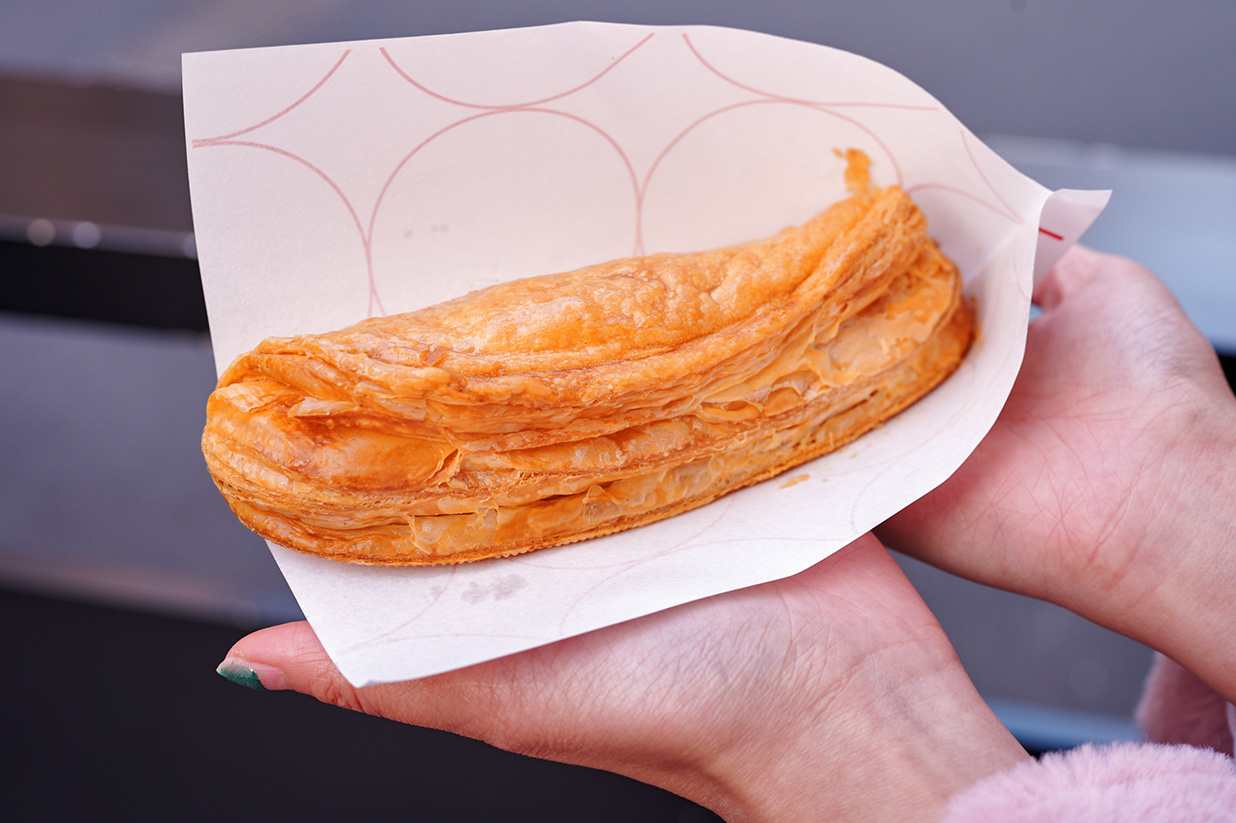 Has Japan Perfected the Apple and Custard Pie? A New Store in Shanghai Makes the Case

Japan makes things better. Cartoons. Octopus. Crushing urban loneliness. Now add apple pie to that list, and see for yourself, because RAPL has opened in Raffles City. The Japanese brand, known as Ringo in Japan, has a three-decade track record in Sapporo. Now it’s drawing lines in Shanghai. Picture it: vanilla custard and soft apple chunks wrapped inside layers and layers of flaky dough — 144, to be precise, because that’s apparently the right number to achieve both crunch and lightness, according to the brand. How’s the taste? One of the best apple pies I’ve ever had. Think about a warm apple pie with ice cream, but instead of ice cream, it’s vanilla custard, which is like ice cream anyway, except not frozen. If that’s not convincing, they sell milk-ice-cream on the spot. The pies are 25rmb each or 90rmb for four, and might not be cheap for the size, but you’re paying for making it better.