Previous Article
[Back of the Queue]: Blocking The Sidewalk At Meixin Dianxin
Shooting for the Stars: Wanghong Gone Wrong
Next Article
SmartShanghai 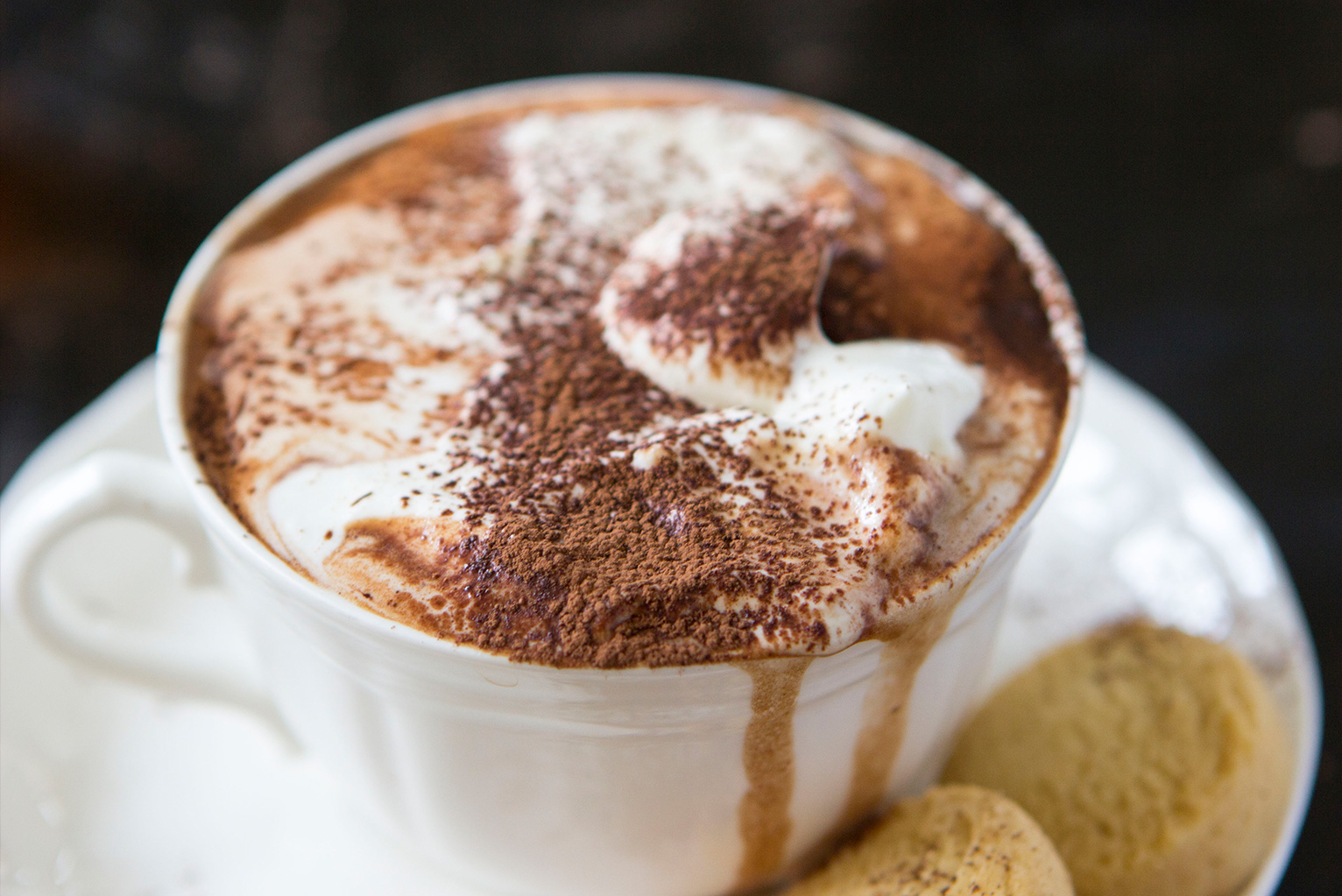 Seven Hot Chocolates You Can Order on Ele.Me Because It's Cold Now

By Alex Panayotopoulos Dec 13, 2018 2018-12-13 Dining
You know what the best thing about cold miserable weather is? Hot chocolate. Love it. Mug of hot, hot cocoa, marshmallows and memories of childhood. This being Shanghai, we're spoiled for choice, but this also being Shanghai, a lot of it is let's say underwhelming. But I needed an excuse to guzzle an irresponsible amount of that sweet brown nectar, so here we go, something like seven-ish hot chocolates. That you can get on Ele.Me! Sounds like web content to me.

热巧克力. Sometimes it's written as 热可可牛奶. It means hot chocolate. Type it into ele.me. For the record we ordered from our super secret base in Xuhui, so these are the places near there. We found seven that seemed worth trying out. Cue a tide of delivery guys braving the cold with a single polyurethane cup of liquid joy.

Bread ETC has a "热可可牛奶," with the option to use oatmilk instead of regular milk. Oatmilk? You know. Vegan milk. The first sip's a little weird, possibly because of the oatmilk, but it's dark and rich. Maybe not sweet enough? At 40rmb for a small cup, it's also pretty pricy. No marshmallows!

Sumerian does have marshmallows, or at least, they say they do. By the time it reached my eager lips, there were still a couple white nuggets floating in it. There's a fruity taste to this one. Tastes almost artisanal. It's thick. It's thiccccc. 40rmb.

Charlie's hot chocolate is probably the milkiest one on the list. You can get it with marshmallows, but it seems like all I got was milk foam. I'd describe it as 'very familiar.' What you get out of a thermos during a childhood autumnal forest walk in Sweden. Plus it comes in the most photogenic cup. This matters. Plus, 25rmb makes it the cheapest one on the list.

Beef & Liberty arrived in an unmarked cup, which isn't a great sign. It scratches your throat. Basically dispenser quality, like they use powder and mostly water rather than milk. For 35rmb! Pass.

It wouldn't be an ecommerce article without the big names in beverage delivery. So we've got Luckin Coffee (luckincoffee on ele.me), which charges 29rmb for a pretty excellent hot chocolate. Unfortunately, it's got a minimum order of 48rmb on ele.me, and a cookie costs 18rmb, which leaves you 1rmb shy. I've never known such fury.

As much as I hate to admit it, Starbucks it still the gold standard. Mass appeal, courtesy of sophisticated hot chocolate algorithms. Maybe a little too sweet for me, but just the right consistency. 29rmb, too. It's good. They also provide the most marshmallows, even if they look like cat pellets. Having consumed enough hot chocolate in about two hours to kill an eight-year-old, I needed a walk. So I ended up down at Paras. 36rmb for a "Dark Choco," as they call it. It's good. It's dark. It doesn't have marshmallows. It's available on Ele.Me. There. Back up to seven hot chocolates.