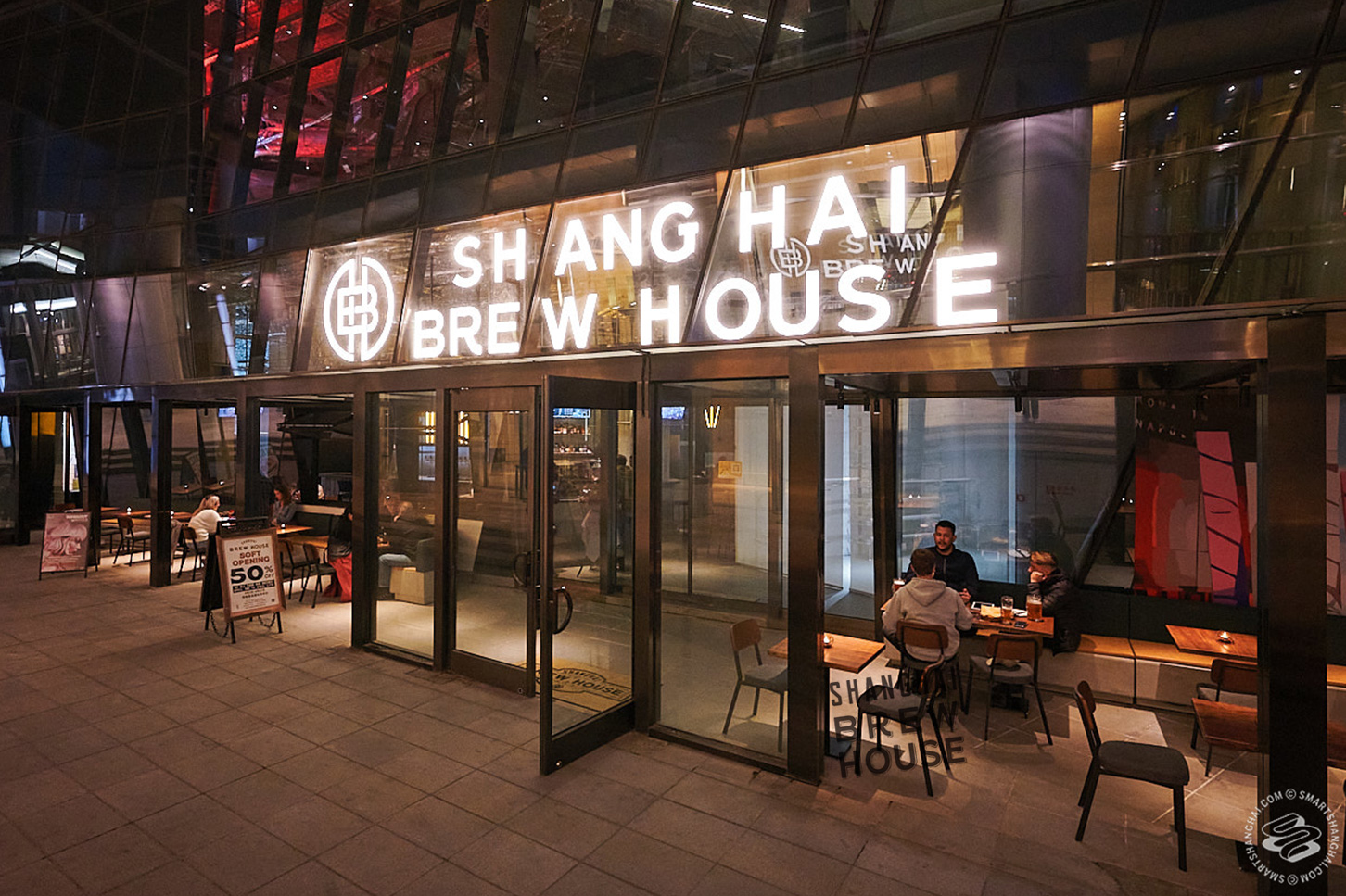 I've been out to the others a couple of times in the last few years. My best impression is that they're friendly, reliable options for the residents of Changning and Minhang. But this is Jing'an, baby! Downtown! We need style! We need flair! Brew houses might be good enough out there, but over here we need a gastropub. Infinity mirrors in the bathroom? Bold and instagram-worthy. iPad menus? Nifty, shame I can't use it to order. Foil-coated ceiling like the inside of a moon lander and a glowing pipework roof sculpture? Very retrofuturist. Plenty of warm yellow light but points docked for no Edison lightbulbs. The buns might be charcoal black but it takes more than a burger gimmick to tussle with Boxing Cat and Goose Island (hail Goose) in this neighborhood. What you got, Shanghai Brew House?

Why, is that a sneaker store in the lobby? So it's a little weird the second floor has a Toni&Guy, but hey, it's all right. This building used to have a bookstore in a restaurant. Shanghai Brew House has enough craft-beeriness in it to avoid being a soulless bar chain, but not so much that they feel they can charge an arm and a leg for a pint. Most 500ml beers hover around 50rmb. The beer remains a-okay, the fusion-y pub grub doesn't overstep its limits, the atmosphere is unpretentious despite the pipework ceiling sculpture, and they even have a little terrace with a nice view of Jing'an Temple. I like it. I'll be back.

Shanghai Brew House is on the ground floor of Wheelock Square, at 1717 Nanjing Xi Lu, near Huashan Lu. They have 50% off everything until April 17 as part of the soft-opening. An actual soft opening!