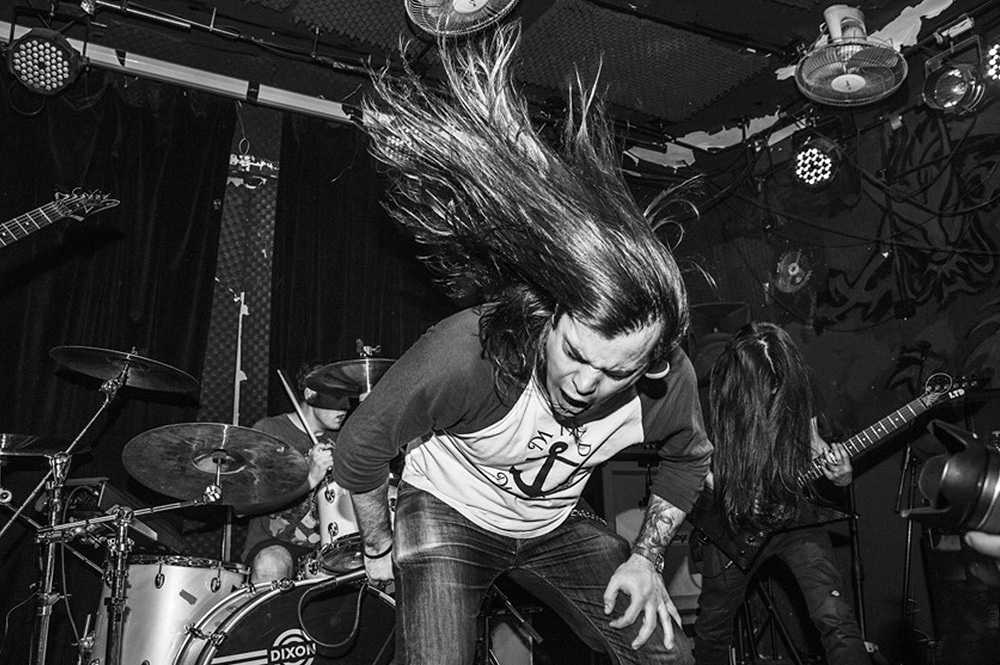 [Five Questions]: We Are Shanghai Vol. 6 Is Out And You Should Listen To It

By Alex Panayotopoulos Mar 6, 2019 2019-03-06 Music
We Are Shanghai is Shanghai's (mostly) annual compilation album. It's like a census and/or time-capsule, compiled by dozens of Shanghai bands and musicians from every imaginable genre. Volume 6 is already out to listen to for free, and this Saturday sees the release party. It will probably get messy. We caught up with Jason "Sishen" Schaller, the masochist who put the thing together, and managed a coherent interview. Topics include the plight of indie bands, crying in the shower, and being a vector for world music.

SmartShanghai: What's this We Are Shanghai all about? How'd it start, and who's responsible for it?

Jason Schaller: We Are Shanghai is an annual open call to musicians of all genres in Shanghai to submit an original track they recorded within the last year or two. This year is the 6th edition. Every year it's a different combination of artists, since the scene and bands are so ephemeral. Plus a couple regulars who've been around forever. It's people from all over the world with different cultures and musical tastes. It's kind of a vector for the world's music, like other great international cities, except Shanghai has yet to really be heard.

It started in 2011, with Ivan Belcic (Moon Tyrant, Death to Giants,TMOOS), Nicholls (Death to Giants, Rainbow Danger Cub), and JC Heinbockel (Moon Tyrant), and a few years later Mike Herd (XXYY) joined the project. He and Ivan were organizing it until 2015, but Ivan left Shanghai and Mike was getting too busy. The project hung in limbo for two years, and Chris Milne (Pinball City) and myself were discussing it. It's such a great project, we thought we couldn't just let it die, so in 2017 we resurrected it. Chris left last year. I'm doing it solo now. SmSh: You lunatic. It's a lot. 40 artists! Some familiar names on there: Parachutes on Fire, Skinny O.G., Spill Your Guts, Round Eye... Mamahuhu has a song? Give us more.

JS: 40's been a stable number the last few releases, peaking at 42 once. You want all the names? You trying to meet a word count? Here they are in alphabetical order: Alpaca, Anonymous Annoyance Ayahuasca, Barque of Dante, Ben Martin...

SmSh -- really, the rest of the artists are right here.

JS: It's getting harder for indie acts out there. When I first came to Shanghai 7+ years ago, you could just tell a venue a few weeks ahead of time you were organizing a show, send them a flyer, and then just show up the day of with the bands. Not to say that's always how you organized a show, but it could be that easy.

Now... let's say you have a four/five band show with up to 20 people performing. You need to submit every band members' passports and visas with signatures, all lyrics in Chinese and English, a video of every song they want to perform, a separate audio track, pay 500rmb or more per band just to apply, and probably pay a rental fee from the livehouse. At least a month in advance. Your drummer mashed up his hand a few weeks before the show in a scoot jousting tournament? Sorry, you don't have enough time to submit for a replacement.

Let's not talk about bringing a band in from overseas. SmSh: Any hilarious anecdotes or antics from compiling so many different bands and kinds of music, all on your own?

JS: If by anecdotes you mean months and months of frustration, shower cries, and pouring a lot of time and money into something without any compensation, then yes. SmSh: Album release night is March 9 at YYT Park. What's it going to look like?

JS: We have a seven-band combination that no one's heard of. Some people know some bands, but no one knows all seven, and that's sort of the point. We're not here to hear this year's single from a well-established band we like, but to discover new musical gems that have been hidden in this mammoth city. Drum and bass, hip hop, metal, indie, folk, grunge, electronic, experimental, and of course staples like darkwave and neo-psychedelic for the commoners. Aaaaand we'll toss out some free shit: shirts from sponsors, alcohol, vouchers, that sort of stuff. Albums are included in the price, in the form of a double cassette with a download code. Carry it like a badge of honor.

Also, all profits are going to charity. So if you don't attend, you're not helping any people at all, and that is objectively terrible. Why not attend a show, indulge yourself, support Shanghai's indie music scene and the poor, the needy and the desperate. And the charity, too.

We Are Shanghai Vol. 6 Release Party is on at Yuyintang Park on Saturday, March 9. Kicks off at 7pm, it's 150rmb on the door or 100rmb pre-sale on SmartTicket. The album is already available for listening online at We Are Shanghai's bandcamp page (hah! Amazing).