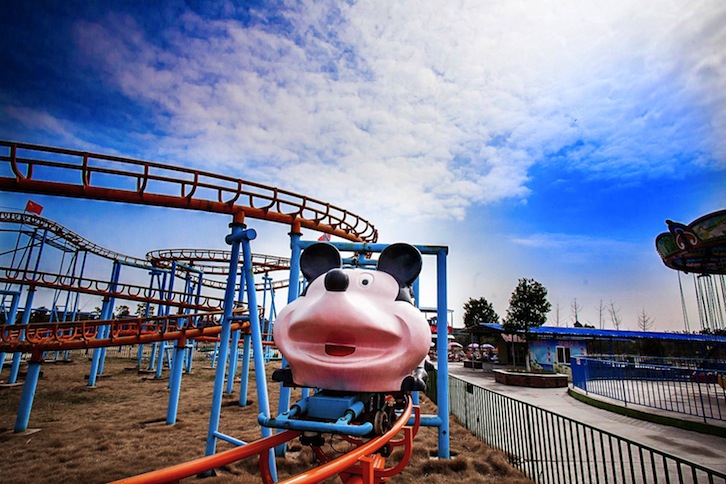 MIDI Electronic Festival 2016: Everything You Need To Know

By Ian L. Jun 3, 2016 2016-06-03 Nightlife
Remember: Because of dragons, Thursday, Friday, and Saturday are public holidays. You may or may not have to work on Sunday. One option for the long weekend is The Mansion's MIDI Electronic Festival, happening at a run-down amusement park in Jiangsu, a couple hours away from Shanghai. Headlining this are Ellen Allien, Sulumi, The Shanghai Restoration Project, Conrank, Netsky, and about…oh…900 or so other DJs.

So, what do they have?

This year MIDI has two main stages with lots of DJs and live electronic acts, a silent disco, a Psytrance house by Shalanaya, four after-party houses (by Elevator, VOID Nantong, Mansion, and Shalanaya) raging until 3.30am, some nausea-inducing amusement park rides (10rmb each), three swimming pools, outdoor movie and documetary screenings, BMX dirt jump shows with five of the top riders from China, a longboarding school, workshops, a market, and some yoga sessions.

For a taste of the vibes, check out some pictures from their Spring 2015 festival.

What about the DJ lineup?

Yeah that lineup is massive. Probably something for everyone. Music ranges widely between house, hip hop, techno, trap, electro and &*&^#)*@. Not even gonna write it down. Here you go. How do I get tickets?

Tickets are only available online. They are 380rmb for the full festival or 180rmb per day. They've set up a Yoopay site for that (bus tix also available). Door tickets are 450rmb for three days and 200rmb per day.

Ok so where is it, and how do I get there?

The fest happens June 9-11 at Camp MIDI Taihu, about 80km from Shanghai. This is the address, if you're driving:

Your best option to get there is one of the buses The Mansion has organized, which are 120rmb round-trip and leave from Shanghai Museum at People's Square, Exit 1 at the following times:

They also have buses going back to Shanghai from the festival. Buying bus tickets in person is not recommended because you probably won't get a seat, but if you're lucky, they're 200rmb round-trip.

You could take a cab there for a few hundred RMB, or take a train to Suzhou Railway Station then a cab or bus. Last fall, Uber was definitely not happening, but some Didi cars were in the area.

They got any food and drinks out there? How can I buy stuff?

They've got a mix of typical Chinese festival snacks, some sandwiches, a bit of Chinese and European craft beer, organic beer, and mixed drinks. This year they've also added burgers, vegetarian food, those toasties they have at Elevator, in flavors like chicken pesto and banana/nutella/peanut butter. Organizer Tommy Hendriks says "Drinks-wise, we'll feature fresh juices mixed with Absolut vodka (or virgin), slushies, beer and some other treats to beat the heat."

You can pay for that with cash, WeChat, or Alipay. No cards.

Where Can I Sleep?

They have camping on the festival grounds this year. You can bring your own tent or sleeping bag, rent them (135rmb per day plus a 350rmb deposit) or you can buy them (500rmb for a set of a tent, two sleeping bags, and two mattresses)

How about those after-parties?

So unlike last year, the after-parties will only go until 3.30am. Apparently people need sleep. The parties all happen in these 100 year-old houses in a little village on the festival grounds. Pretty cool. Then there's a final after-party on June 11 at The Mansion, back in Shanghai.

If you have other questions, you can add "the-mansion" on WeChat. They've got a million posts about it. Or maybe just go there on Friday or Saturday night and ask them IRL. Gonna go ahead and say this fest is probably too raw for a family affair.