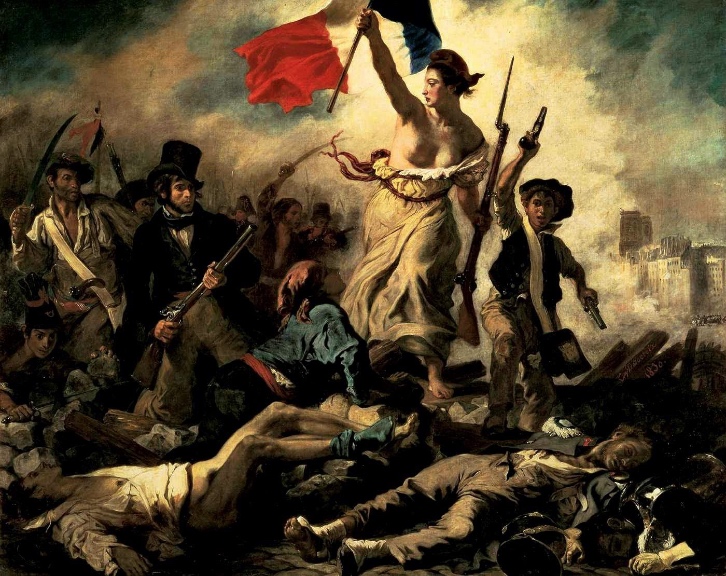 Zut! A Few Bastille Day Events to Raise a Glass At

By Morgan Short Jul 12, 2016 2016-07-12 Nightlife
It's that joyous time of year again, Bastille Day on July 14, when French people the world over commemorate that time a couple centuries ago when the Marquis de Sade compelled a bunch of pissed off and rowdy sans-culottes to storm a medieval fortress and prison in Paris, thereby kicking off a defining moment in the French Revolution.

"Man has the right to deal with his oppressors by devouring their palpitating hearts."

Now, let's talk about some wine deals, shall we? Click on the jump for a few French National Day events happening in Shanghai for this Thursday and beyond. Mr and Mrs Bund is ground zero for Bastille Day with four days of celebrations from July 14 to July 17. On the Thursday, they've got special prices on bistrot selections, French wines and Champagnes, sharing menus, and more. Friday night is the big party, La Boum, which is sure to bring out half the French in Shanghai. Those are pretty big to-do's down there on the Bund even when they don't coincide with one of the biggest French parties of the year. Expect a packed house. For the Friday night, it's free entry before midnight and 100rmb after.

Rounding things out, they've also got a brunch on Sunday, which winds down their half-week of Bastille Day deals and parties. Dress code for all of it: Blue, White, Red. Click on the above link for contact information if you want to make reservations.

They've got a fun one planned down there at your favorite old timey cabaret venue, The Pearl: a KTV party with guests invited on stage to croon the French hits of the '60s, '70s, '80s. We're guessing plenty of that Je t'aime, Je t'aime French chanson goodness from the likes of Serge Gainsbourg, Charles Trenet, and Jacques Brel. No entry fee to that one.

For one that closer to the city center, Sasha's garden patio is hosting a Bastille Day event, with a Cointreau bar, craft beer, wine, and an a la carte menu of homemade French classics. Music by Mr Hell. 100rmb entry, includes two drinks. Booking: 6474 6628 reservations@sashas-shanghai.com.

Bonus round: Back on the Bund, Bar Rouge's Thursday ladies night party Girls Night Out is taking on a French National Day theme as well. Lots of Frenchie decor, dancers, and giveaways at that one. Details here.

For lower key drinks, on Thursday night, Kartel wine lounge is hosting a Bastille Day special -- 198rmb gets you a bottle of rose plus an assortment platter of French bites. C'est bon. Long-running outpost of French culinary delights Franck is also observing the occasion with free booze -- they're offering a complimentary Kir Royal to guests from 6pm to 11pm. Finally, Kathleen's Waitan has a Champagne special for Thursday evening -- buy two flutes and get the third free.