Previous Article
Get Scared at This Freaky Exhibit of Creepy Dolls, on Until March
Fast Five: Five Developments In The Fast Food World
Next Article
SmartShanghai 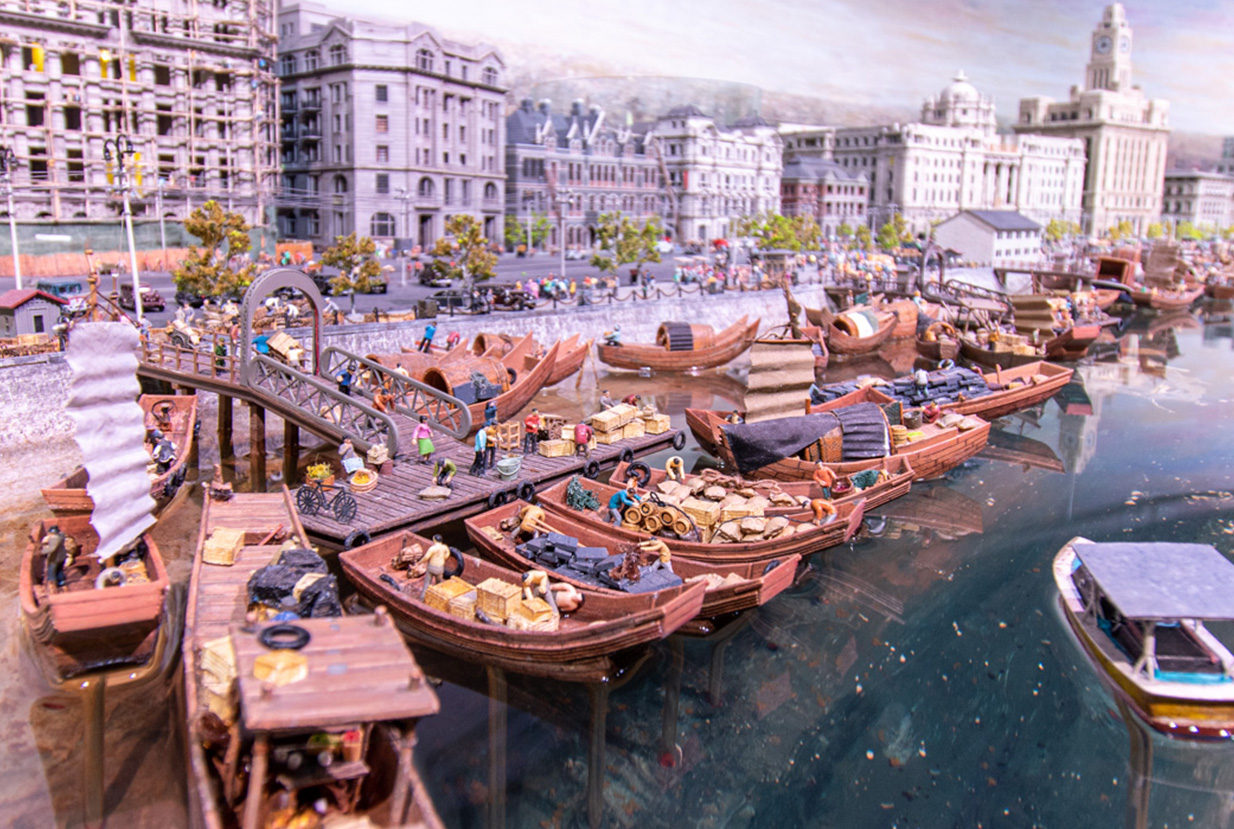 By Yalan Bao - Photos: Angela Leung Nov 4, 2019 2019-11-04 Activities
Miniature World is a miniature theme park exhibition tucked inside Sinar Mas Plaza in Hongkong District. It was unveiled in early 2019 as China’s first animated miniature museum. Comprising no less than 1,000 sqm, the indoor miniature model display recreates hyper-realistic scenes of the Shanghai Race Club, the century-old-history of the Bund, and some of the best-known attractions in Europe. We went to indulge in our all-seeing, all-knowing God complex, hovering over thousands of tiny people, going about their lives. Iiiiit's a small world aaaaafter all… The historical ‘100 Years of the Bund’ is a perfect, 1:87 scale reproduction of life on the Bund between 1843 to 1949. It’s made up of 20, 000 mini inhabitants, 60 buildings, 300 meters of roads and rails, as well as 300 boats and 500 vehicles. The entire project took 120 model makers and miniaturists two years, or a staggering 156,000 hours, to complete. Everything is rendered in minute, hyper-realistic details, down to the lampposts, rooftop weeds, lounge beds, operating on a day and night cycle with associated lighting, soundtrack and animations. It is a stunning, stunning work of craftsmanship. See if you can pick out the "Allied War Memorial," known in Chinese as "the Angel of Peace," and other key landmarks like the Shanghai Bund Meteorological Signal Tower, the Customs House and the former British Consulate. The highlight has to be the animation that reenacts the moment when a fire broke out at the Imperial Bank of China. All info on the digital placards are in Chinese, but an English audio tour can be accessed via Miniature World’s official Wechat account. Some basic-looking microscopes are provided, supposedly for anyone interested in taking a closer look at the details, but they were too blurry to be of any use. There are buttons that you can press to light up a model or initiate an animatronic. There're two crawl tunnels underneath that lead to the inside of the display. Fun! The "Magic Town" consists of a constellation of mini tourist attractions all over Europe: Vesuvius in Italy, the Alpine pastures in the Swiss Alps, Ruegen Island in Germany, the Kölnbrein Dam in Austria and more. Fictional elements such as werewolves, snow monsters and a giant dragon are worked into the model landscape. Since it's magic. There’s so much to absorb in this hidden miniature world. I was standing in front of the Heidelberg town when a staff caught my attention. ‘Look! You can see someone’s getting naked over there’, she pointed at a nice-looking balcony with her laser pen. A tiny woman was halfway through undressing herself. I blushed, for even an all-seeing god can feel bashful. Miniature World is inside LG1-01 Sinar Mas Plaza, at 588 Dongchangzhi Lu up in Hongkou District. It's open from 10am to 10pm, from Monday to Sunday. Tickets cost 89rmb on the door.