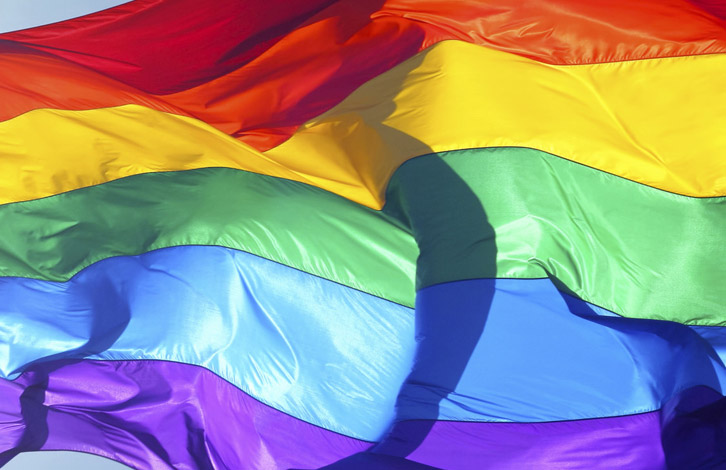 By Rebekah Wilens Jun 11, 2015 2015-06-11 Community
#ShanghaiPRIDE -- the week-long LGBT festival -- starts on Saturday, packed with conferences, theater, parties, and their own damn film festival, happening at the same time as the Shanghai International Film Festival. PRIDE is just a few days, but we stay repping Shanghai's L. G. B. T. community long after the week is over.

We asked Charlene Liu, who founded ShPRIDE in 2009, to pick the best event of the week. She simply said, "I'm most looking forward to friends, families, and allies coming out to support the LGBTQ community". Here's our picks for how to do that.

The morning starts with a PRIDE Run around town. While sign ups for that are full, they're hoping to flood Xintiandi and the terrace at XTD Elevated for the post-race BBQ with a couple hundred people in pink. That's 200rmb for all–you–can–eat BBQ from 11am-2pm.

Later on Saturday, June 13 the Opening Party is going down at The Pearl looks big and messy and beautiful. Expect lots of lube (party is sponsored by "Everman: Best Lube"). That costs 100rmb to get in, comes with one drink, and starts at 9pm.

Parties aside, the newest and biggest event this year is the ShanghaiPRIDE Film Festival (SHPFF). They're screening 31 films at venues around town from June 14-21. Full schedule here. Every event is free, but requires registration to their WeChat (ID: ShanghaiPRIDE). That opens at 4pm on Sunday at The Pearl, with the feature film Lilting, starring English actor Ben Wishaw and Cheng Pei Pei, queen of Cantonese action. This one got rejected from the Shanghai Film Festival for being too gay, according to CINEMQ founder Alvin Li. You can catch the trailer here. The beautiful motley crew behind SHPFF...

On June 19, they're teaming up with the Taiwan International Queer Film Festival (TIQFF) to screen the two best films from 2014's TIQFF and hold a panel discussion on Sino-LGBTQ film.

The film festival closes with a party on Sunday, June 21 at Bubbly Nation, where they're screening a few short films and the feature documentary In The Turn about a queer roller derby crew. That starts at 5.30pm, then they party.

For thespian action, there's an improv play, a queer twist on Shakespeare's Romeo and Juliet, and a musical production of BENT, based on a very similar sounding Broadway musical. This looks good. The raw songs from that other blockbuster musical are intertwined with real stories from Shanghai's LGBTQ community. That has two showings on Friday and Sunday, June 19 and 21, at the Jiadu Theater at 8pm, and SmartTicket can deliver the tickets to your door. Our pick for conferences is this panel discussion on HIV / AIDS from 10am–noon on June 20 at the Andaz. The disease is not exclusive to the LGBTQ community or third world countries, and remains surrounded by a lot of unnecessary stigma. Plus this is free, but you have to register here. Their other conferences include one hosted by PFLAG, one Women's empowerment session, and a panel discussion on LGBTQ families.

Also, look out for Thursday's Ladies Party, where only females (and men in drag) are allowed in from 9pm–midnight. Free shooters for the first 200 "The L" app users. That's kind of a Grindr for the ladies. And for the Closing Party, details are still super secret, so stay tuned. Maybe robot men are part of it. This one is always huge.

Congrats to the organizers for pulling off more events than we can even talk about. Go get proud, and show love all year -- not just one week.