By Christopher St Cavish
Aug 13, 2020 | 08:00 Thu
Photos: Nicolas Santa Maria Cea
Five Questions: Because "interviews" just sounds so staid and formal! This is where we talk to interesting people about interesting things. "Five" is more of a guideline than an actual rule.
Some people take portraits of children. Some take portraits of pets. Others take portraits of dried mushrooms, dessicated squid and preserved fish bought from Chinese wet markets. Nicolas Santa Maria Cea falls into the third category — my kind of people. In 2016, he began photographing ingredients when he and his family were living in Chilean Patagonia. When he moved to China two years ago, he continued, spending inordinate amounts of time at the markets picking out the perfect dried mushroom and then shooting a beautiful, detailed portrait of it (and many other things) against a black background. He's done the same for a whole host of foodstuffs in a series he now calls Chinese Preserves, which he is debuting this weekend at a pocket-sized space on Xingfu Lu. If you're into Chinese cooking and also into photography, or even just one of those two, you'll want to stop by for a close look at his food portraits. I spoke with him about the project and the show. Hit the jump for that. 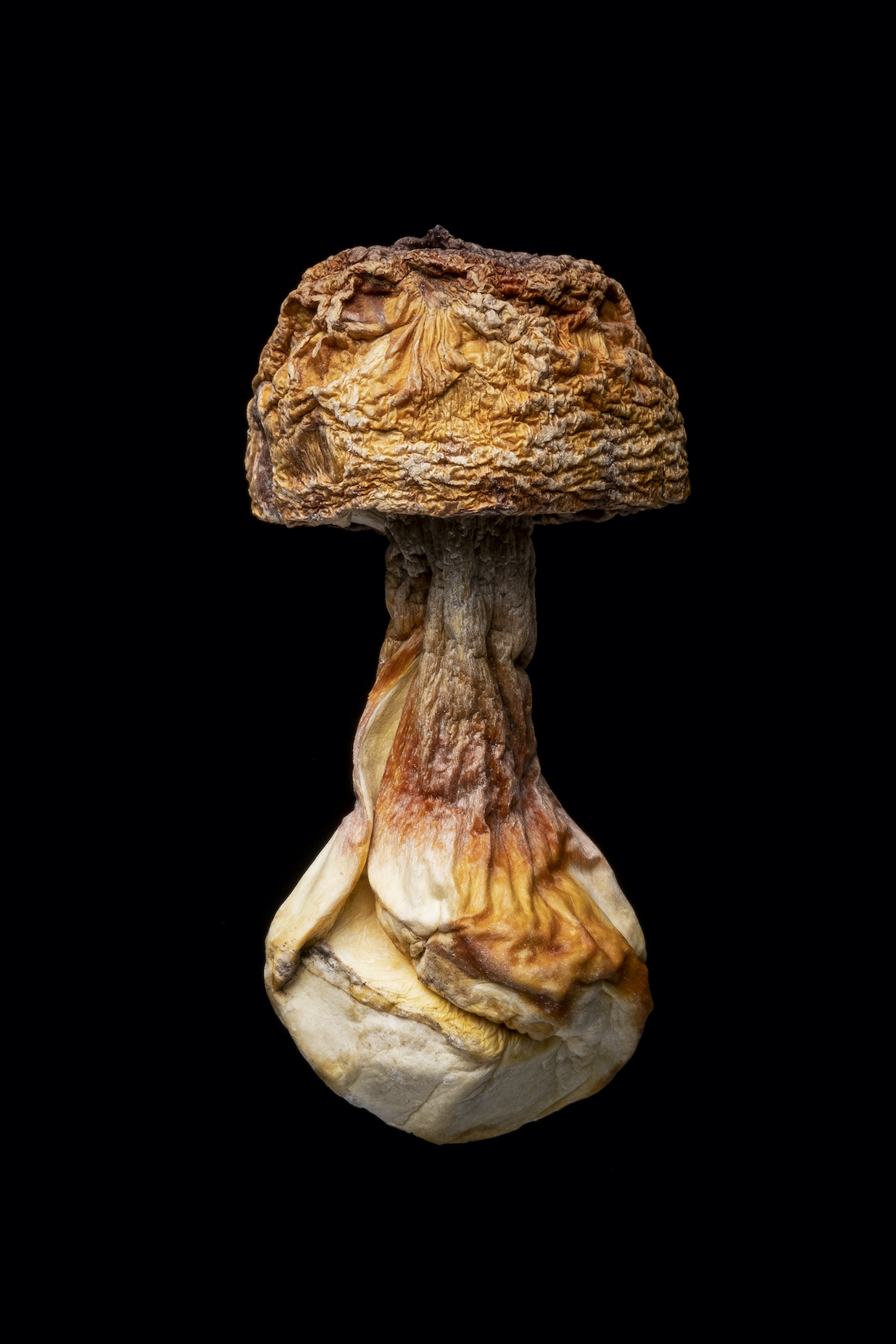 Why did you start this project? Is it ongoing or is it finished?

This exhibition is part of a larger project that began in 2016 with a series called “Frutos de Chiloe” in the Chilean Patagonia, where we lived with my wife and daughter for four years, and which has a very special culinary world that I thought was important to portray. That experience gave me the idea of working with food ingredients from China, where I have been living for two years now and where my wife comes from. The idea is in the future to photograph in other parts of the world trying to make a more global food ingredient anthology.

How do these photos show that these ingredients should be “observed, researched and protected”?

When photographing something or someone out of its usual context, using a neutral background (in this case black) illuminating and portraying it using an aesthetic more linked to fine art photography or studio portraiture, what I seek is to make the viewer stop and pay attention to what is photographed, to observe its shapes and textures. When portraying ingredients of Chinese cuisine, on the one hand, I want the people here to value and see how special these ingredients are, and at the same time act as a window towards other people and other cultures so that they can see what they eat in other parts of the world. 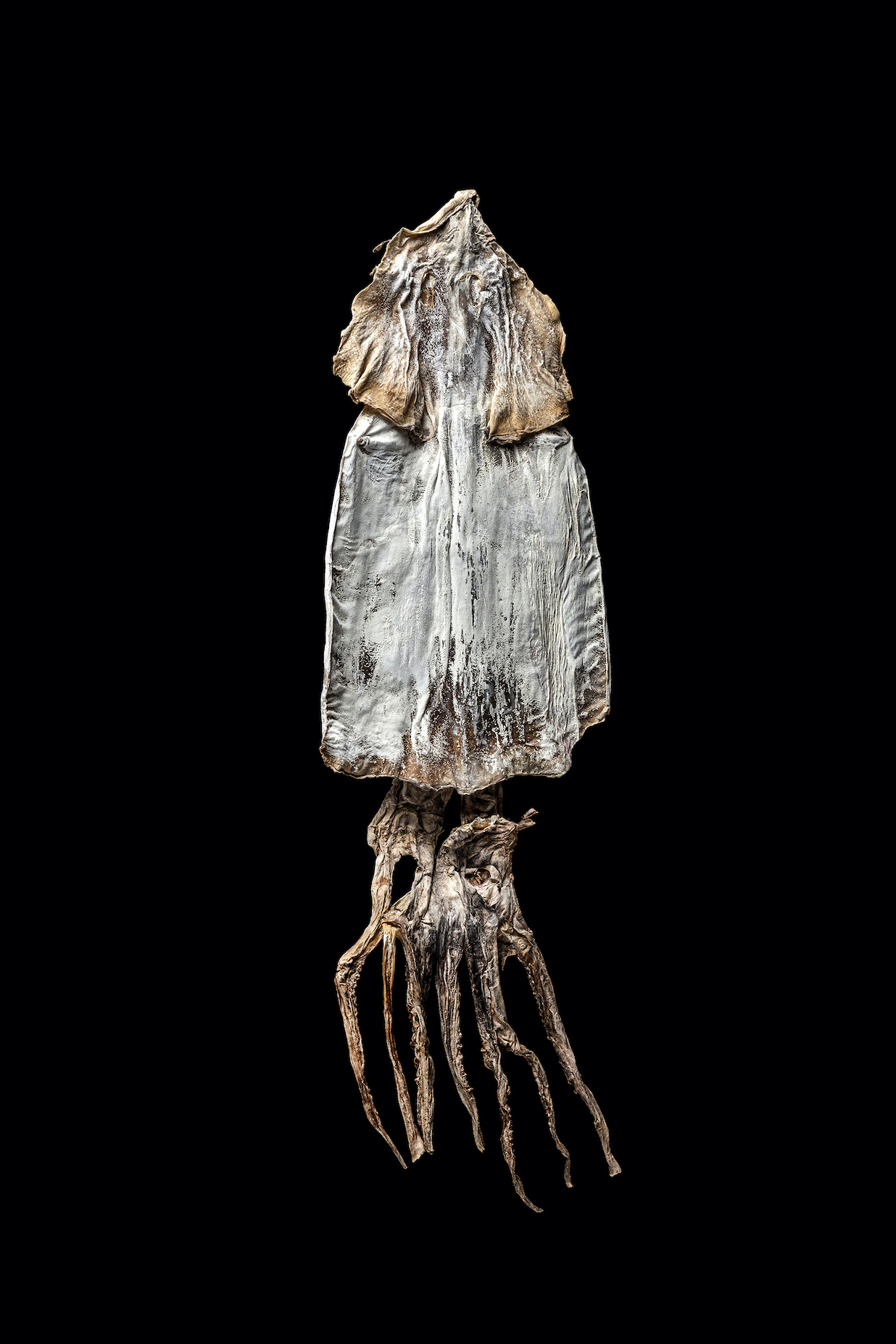 Why did you choose these five photos to exhibit?

The edition of this exhibition is marked by the space of the venue (it is a reduced space) and it did not allow me to make a larger selection. On the other hand, for the photos to have the desired effect, the format should be rather large, so I made a selection of five photographs, which were selected among the others for aesthetic and displaying reasons, in addition to trying not to repeat myself in the types of food and that there was a variety (I have several types of mushrooms photographs but I chose only one). Some of them are quite ambiguous (Seaweed and Dried Squid are not exclusively Chinese) or even scary (the Dragon Fish). How does that fit with your goal (stated above)?

That an ingredient is not exclusively from China does not detract from the concept of the project or its aesthetic quality, but rather enhances them. A squid preserved in this way is something very exotic for people of some cultures, but for others it will be something very familiar and in that context the photos will tell those people about the similarity of what they eat to what is eaten in China.

What market or markets do you shop at for these?

All types of markets. Many wet markets from various neighborhoods, some from large supermarkets or small neighborhood stores. Whenever I’m on the street or shopping I am looking, aware of what I see, looking for possible portraits. What is the selection process when you are in the market? How do you choose one dried squid over another?

It's funny because it has a lot to do with an aesthetic sense of things, many times I’ve spent more than half an hour selecting dry mushrooms from a box full of them, to finally only buy five or six, and the person who sells them stares at me like I'm crazy. Generally they find it funny and it makes them curious, so with my very limited use of Mandarin and showing them the photos with my phone I try to explain what I am doing. It is a good way to interact with them and learn something about the ingredients.

How much styling do you do to the objects before you shoot them? You liken the process to portrait shoots. Do they get “hair and makeup”, for example? Or are they exactly as you’ve found them at the market?

There is not much food styling in these photos, they are more documentary than "fashion" photos. I try to clean them of rubbish or impurities and then it is rather the angle of the shot and the type of lighting that does the rest. 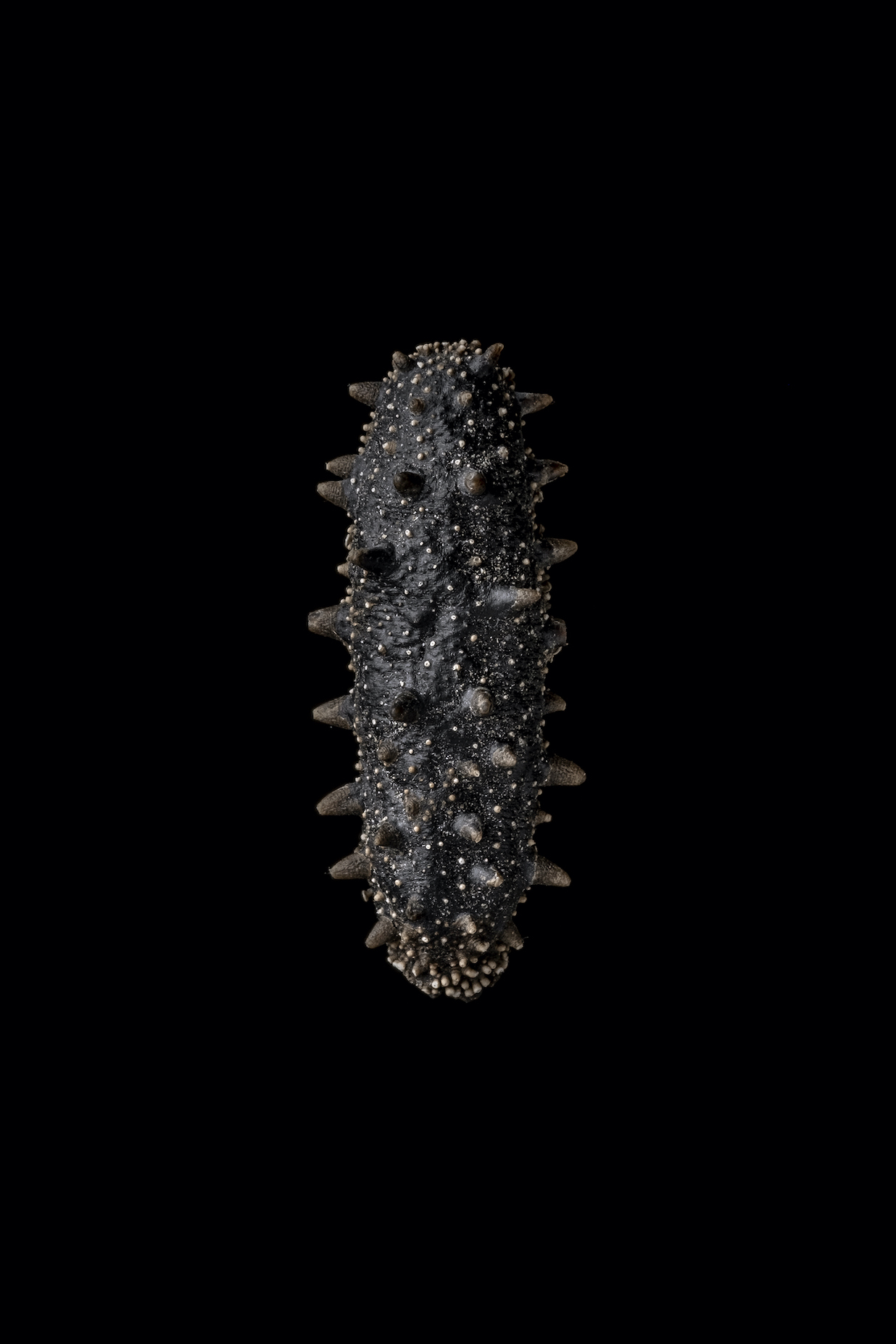 How can people see more of your work, outside of the gallery? Can they get in touch with you directly?

At this moment I am looking for a new studio and also to collaborate with some local galleries. I am also working to put together a larger exhibition that will include images of China and my work done in Chile, but there is still no date set for that. To contact me, my WeChat is “nthechef”. 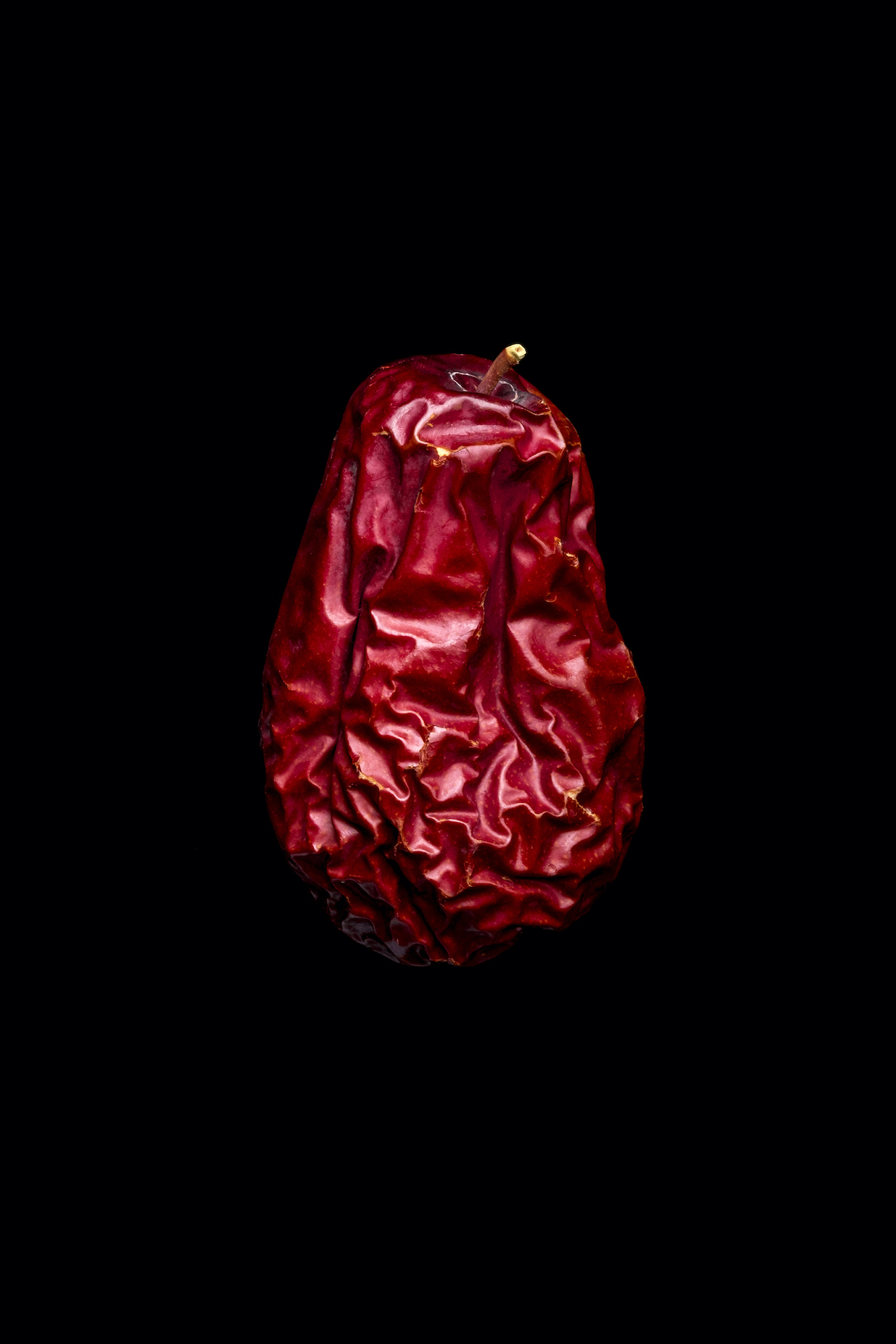 Are these prints for sale or is this just an exhibition?

The photographs are for sale, they are 50 x 75cm. Framed in a slim black aluminum floating frame and numbered. These five prints are the 1/3 of each photo. 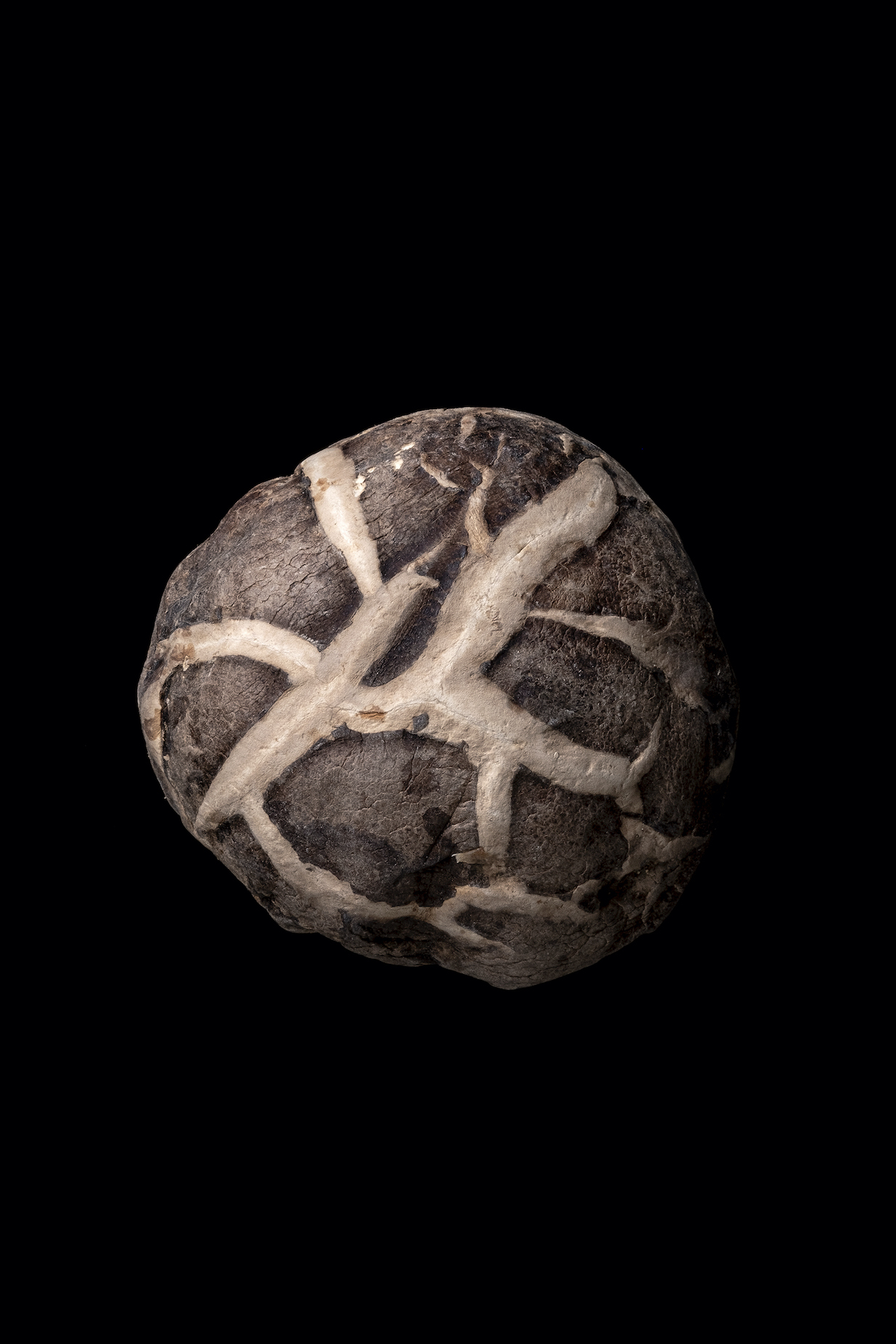 What’s the next series you are shooting or planning to shoot?

In China, I want to immerse myself in the world of tea, which I find very amazing in addition to continuing to photograph ingredients of Chinese food, maybe learn a little more about regional foods. Once the world normalizes a bit and it is easier and safer to travel, I would like to go to Japan and Korea to photograph food from there. 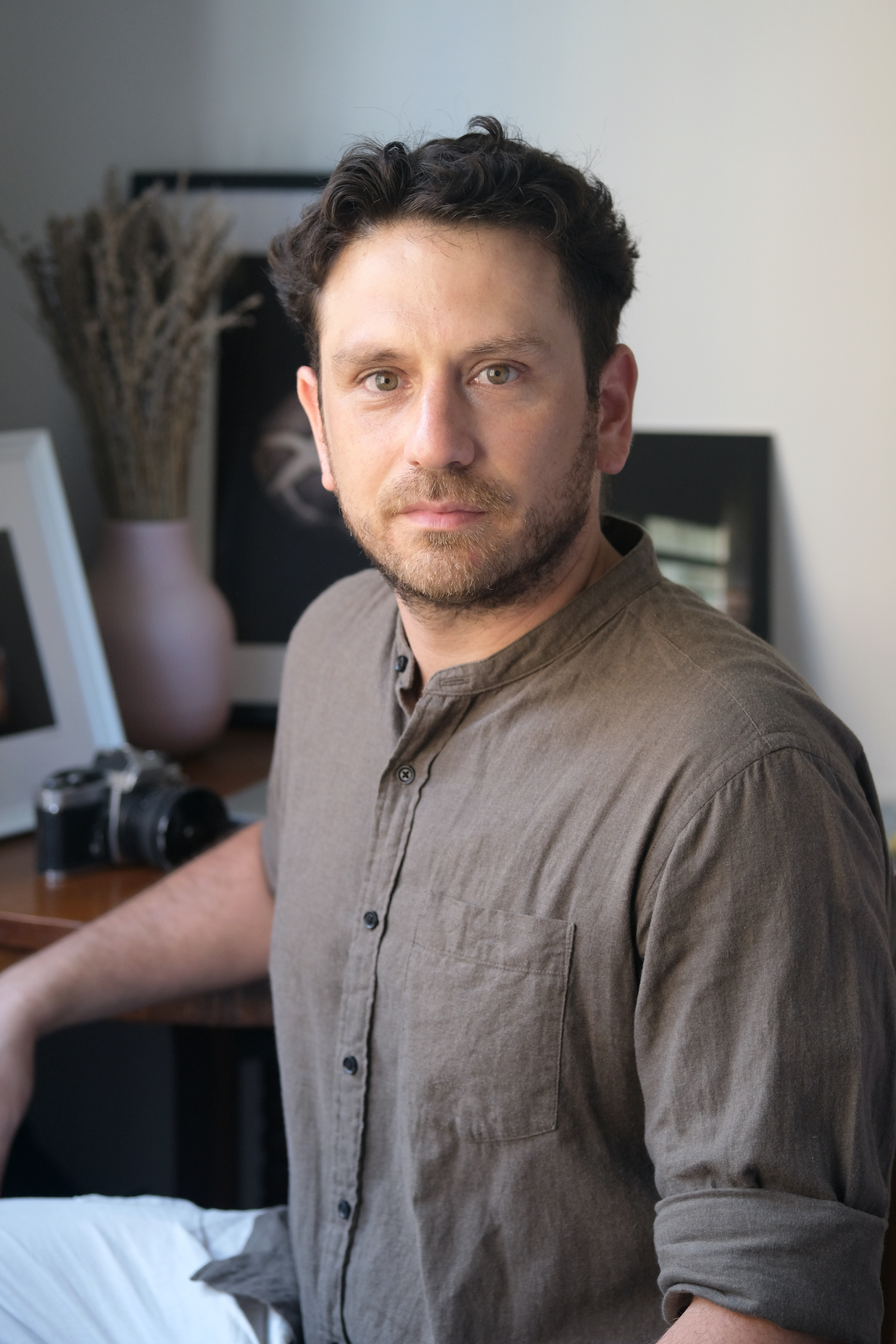 Catch the opening of the exhibition on Saturday August 15. Click here for details.

TAGS
Five Questions Arts & Stage Chinese Food Photography
Editorial Policy: At SmartShanghai.com, all of our editorial content is conceived of by our team who live in and critique this city, for our readers who do the same. We don't accept payment for content, unless clearly labelled. Read our full editorial policy here.
ADD THE FIRST COMMENT